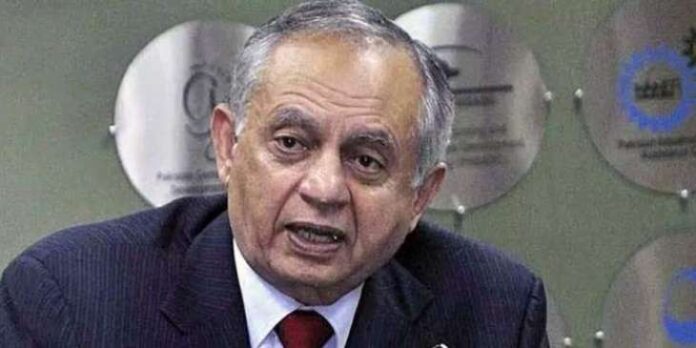 Dawood in an interview with the publication said that engineering, chemicals, technology and footwear were among 20 sectors identified for incentives, adding that an export policy will be announced next month.

“I am in favour of limited time-bound incentives,” Dawood said.

The adviser further said there might be a three- to four-year period for tax breaks.

When asked about concessions for the textile industry, Dawood opposed the idea and said, “If we want to go to $100 billion or $200 billion exports like Malaysia or Thailand, you ain’t gonna do it on textile,” said Dawood.

Pakistan’s exports, particularly textiles, became competitive after the rupee’s devaluation and duty cuts, Dawood said, citing a 36 per cent jump in quantity of garments shipments. “It means that we are getting market share, we are taking somebody’s market share.”

According to Bloomberg, Pakistan’s trade deficit narrowed 33 per cent to $9.7 billion in the five months to November, as imports dropped by 18 per cent and exports rose 5 per cent in the same period.