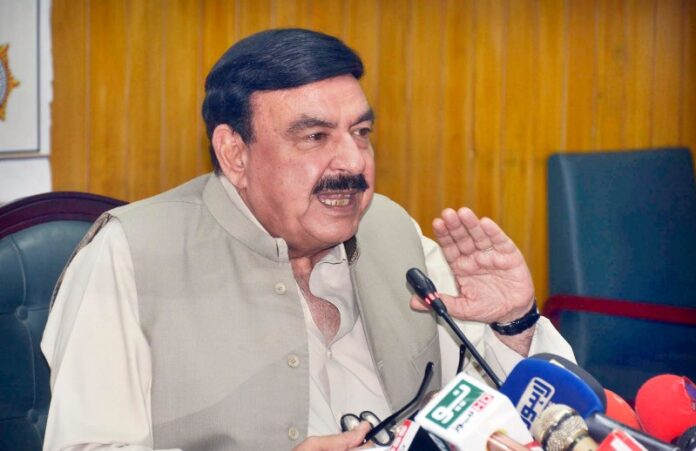 He also said that from February 1st, coal loading and unloading would also be operational from Faisalabad.

Speaking to media at the Railways headquarters, he said, “2020 is the year of freight. Previously, there were 7-8 freight trains which will soon be increased to 12-15. This year, we have a target to run 20 freight trains in the country.”

In addition, the minister said, the department was also striving to run a shuttle train between Lahore and Gujranwala. “We wish that the project is inaugurated by Prime Minister Imran Khan during his upcoming address to the labourers of carriage factory.”

Sheikh Rasheed said that the Main Line-I (ML-I) project would revolutionise Pakistan Railways, adding that the purpose of China Pakistan Economic Corridor (CPEC) was to rehabilitate and revolutionise the country’s railway tracks.

“This dream is near completion…the tender process of this project will commence by March this year,” the minister added.

He said a number of PR employees would be retiring this year, owing to which the department would be in a position to provide 25,000 new jobs to masses.

“Almost 100,000 jobs would be produced through CPEC projects.”

On a query, Rasheed said the department was increasing its earnings by bringing innovations in its system.

“Last year, we had earned Rs8 billion, which was more than our target; this year, we will again surpass our target by earning Rs10 billion,” the minister said.

He maintained that the railways’ employees were important to the department and when the stay order would be settled by the court, all temporary labour appointment (TLA) employees would be confirmed.