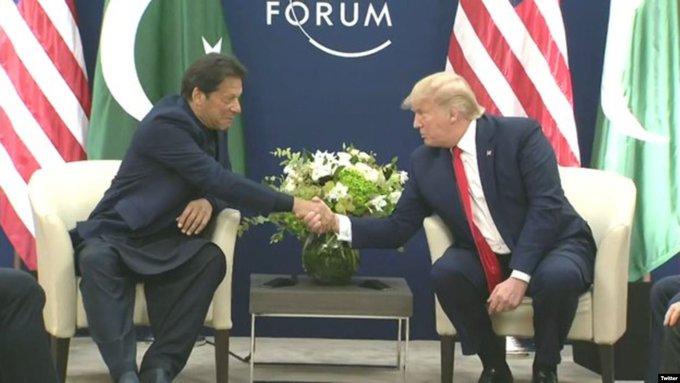 Earlier, Chairman of Çalik Holding Ahmet Çalik, called on Imran Khan at Davos on the sidelines of WEF Annual Meeting 2020.

Meanwhile, US President Donald Trump has again offered to play a role regarding Kashmir issue. He made this offer in his remarks to the media before a formal meeting with Prime Minister Imran Khan on the sidelines of World Economic Forum in Davos on Tuesday.

The US President said we have been closely monitoring the situation in occupied Kashmir. Donald Trump said he will discuss the Kashmir issue with Prime Minister Imran Khan. He said Pakistan and the United States enjoy good relations and the two countries were never as much close as they are today.

Bilateral relations and ways and means to strengthen economic ties were discussed during the meeting.

During the meeting, Pakistan and Azerbaijan reiterated mutual support for each other’s national causes and resolved to further deepen bilateral relations in all fields.

The two sides agreed to maintain frequent bilateral exchanges including at the highest level.

The prime minister appreciated Azerbaijan’s valuable contributions including as member of the OIC Contact Group on Jammu and Kashmir and reiterated Pakistan’s support to Azerbaijan on the issue of Nagorno-Karabakh.