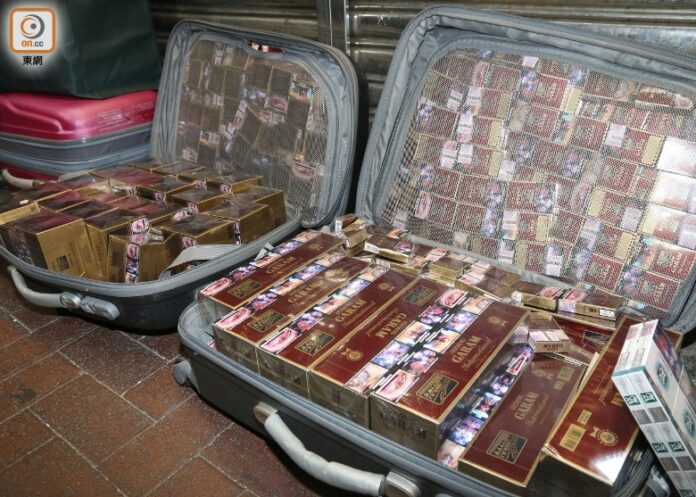 ISLAMABAD: Three passengers who were travelling to Manchester from the Islamabad airport on Saturday night ‘managed’ to fly despite the recovery of 250 packets of branded cigarettes from their baggage.

Pakistan Customs ‘foiled’ bid to smuggle a large quantity of cigarettes to the United Kingdom in connivance with the Airpot Security Force (ASF).

The suspects possessed around 250 packets of cigarettes valuing around Rs0.7 million.

Sources claimed that an ASF official tried to clear the passengers without proper checking as they (passengers) reportedly were in contact with an ASF Inspector.

When the suspects were standing in a queue for clearance, the Inspector took them out from the queue and tried to clear them along with their luggage, sources added.

After seeing the suspicious activity, sources said the customs official asked the three to get their luggage examined; however, the passengers pretended they were carrying only clothes in the bags.

However, the customs officials opened the baggage to spot a large quantity of cigarettes, sources said.

The passengers, sources added, requested the customs officials to confiscate cigarettes and allow them to travel abroad.

Upon this, the officials of both ASF and Customs allegedly allowed the three passengers to travel to the UK without their belongings.

Terming it a routine matter, sources said the ASF official cleared the goods without proper checking and even other customs officials were also involved in this dirty business.

The government has recently enforced new laws pertaining to carrying money and other goods abroad; however, sources claimed that the officials were not implementing these laws.