India says discovers fields with over 3,000 tonnes of gold ore 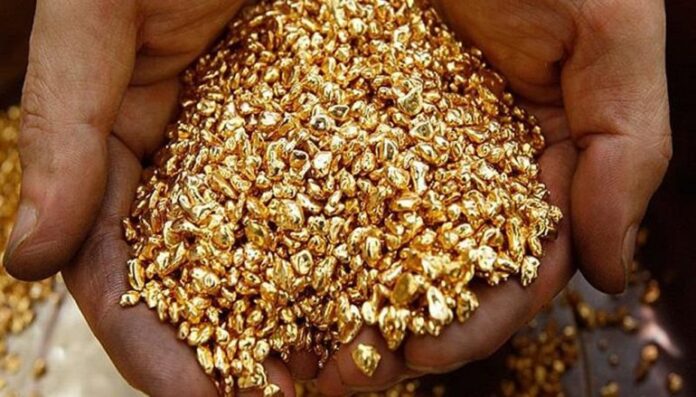 LUCKNOW: India, the world’s second-biggest gold consumer, has discovered goldfields with reserves of over 3,000 tonnes in Uttar Pradesh, a government official said on Saturday.

India mines between 2 to 3 tonnes of gold annually, relying on expensive imports to fulfil nearly all of its demand, which averaged 843 tonnes per year over the past 10 years.

Its hunger for gold – used extensively in jewellery, as offerings to Gods and in lavish weddings – cost India more than $31 billion on imports last year, making the metal its second-biggest import item after crude oil.

Central and state departments have discovered traces of gold in Uttar Pradesh’s Sonbhadra district after surveying the area for more than 10 years, said Roshan Jacob, the head of the mining department in Uttar Pradesh.

“In Son Pahadi we have found 2,940 tonnes… in the Hardi Pahadi area 646 kilogram of ore has been traced,” Jacob told Reuters, referring to the two areas where gold ore had been discovered.

The state is now seeking forest and environment clearances after which it will open up the reserves for bidding, Jacob said.

The concentration level of gold in the area is about 3 grams per tonne of ore and the state is working with the Geological Survey of India to determine how much gold can be extracted from the fields, she added.

India has time and again considered a plan to revive a cluster of colonial-era gold mines in Karnataka but the project has failed to take off due to predictions of low output and high costs involved.