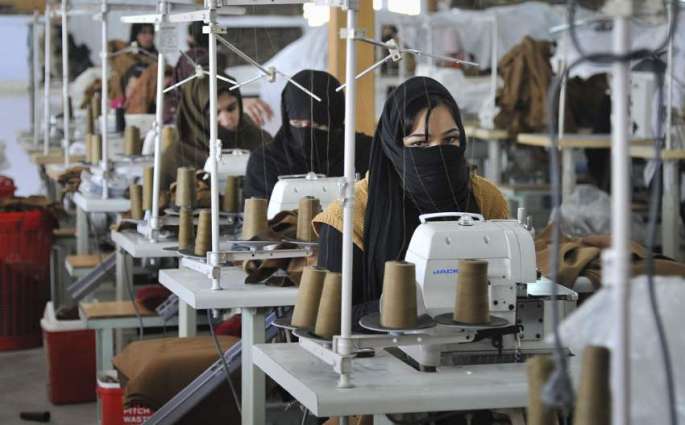 KARACHI: Pakistan can add more than $30 billion to its GDP if it can improve parity between men and women, says reports on gender equality.

According to a 2018 report titled ‘The Power of Parity: Advancing Women’s Equality in the Asia Pacific’, released by McKinsey Global Institute (MGI), Pakistan will be able to add more than $30bn based on trends established through data from 2014 — equivalent to 7.1 per cent of Pakistan’s GDP.

The report noted that advancing women’s equality in those countries could add $4.5 trillion to their collective GDP annually by 2025, or a 12 per cent increase over a business-as-usual GDP trajectory. This additional GDP would be equivalent to adding an economy to the combined size of Germany and Austria each year.

According to the survey, this significant boost in growth can be achieved if policymakers set out to increase the female labour force participation, the number of paid hours women work and raise women’s productivity in relative terms to men by introducing more women to higher-productivity sectors.

Increasing the number of women working would account for 58 per cent of this opportunity to add $4.5tr to the global GDP, whereas 17 per cent and 25 per cent would be added by the other two targets economies need to focus on.

Pakistan has a long way to go in improving parity. In comparison to its counterparts in the region, the opportunities for Pakistan remain low. In 2015 MGI said Pakistan is the worst in the region with regards to gender equality.

Pakistan ranks second highest with regard to gender inequality to physical security.

If we compare provinces, Punjab has the highest female participation rate at 26.5 per cent, while Balochistan has the lowest at 7.9 per cent.

According to the 2019 Gallup Pakistan report titled ‘Wage Differentials in Pakistan’, on an aggregate average, women earn roughly 40 per cent less than men; or to put it in another way, the average Pakistani woman is paid only Rs600 for every Rs1000 paid to an average Pakistani man.

Out of the already weak number of women that are in the labour force, approximately only 0.1 per cent are employers in comparison with 1.7 per cent of men who are employers.

Additionally, only 0.5 per cent of women in the labour force are managers, in comparison to 2.8 per cent of men. In fact, Executive Director Gallup Pakistan Bilal Gilani notes, “An employed male is 400 per cent more likely to be a manager than an employed female in Pakistan.”

A greater percentage of women can be seen working in skilled agriculture, forestry, and fishery at 54.6 per cent; followed by crafts and related works at 14.4 per cent. The least per cent of women worked as clerical support workers at 0.1 per cent; plant and machine operators and assemblers at 0.3 per cent; whereas 71.8 per cent of women in the labour force belong to the informal sector.

A key reason behind this gap between women and men could be attributed to the heavy underrepresentation of women in leadership positions. On a worldwide comparison, less than four women hold leadership positions for every ten men in business and politics. The situation in Pakistan is likely to be much worse. Experts believe that this waste of talent is something Pakistan cannot continue to afford.

Hafeezur Rehman Hadi, Fellow at Pakistan Institute of Development Economics (PIDE) says, “This gender asymmetry in leadership positions—skewed towards men—is furthered by the systematic authorisation of women powered by socially constructed notions that women are not born-leaders and are not to be primary bread-winners.

The coupling of international biases and local constructs have barred women in large number to assume leadership positions in Pakistan, which is gravely unfortunate.