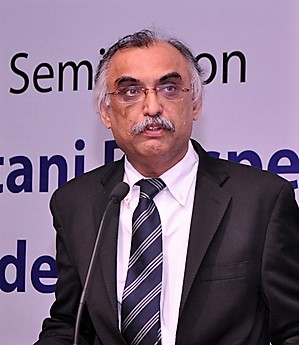 ISLAMABAD: Rumours have started swirling as Federal Board of Revenue (FBR) Chairman Shabbar Zaidi has reportedly not joined the board again.

It has been learnt that he has again told higher authorities in the Ministry of Finance that he will not be joining his duty due to worsening health.

It is pertinent to mention here that Shabbar has not resigned till yet. The sources said that the government has started searching for a new FBR chairman.

Earlier in February, Adviser to Prime Minister on Finance Dr Abdul Hafeez Shaikh has hinted that the federal government may remove Federal Board of Revenue (FBR) Chairman Shabbar Zaidi from his position if he does not recover from ill health soon.

Talking to a private news channel, Shaikh said that the government may decide to change the FBR chairman if he does not recover quickly as the government is planning to introduce a mini-budget.

“The chairman FBR is ill and we hope he recovers quickly,” Shaikh said in the interview.

Last month, it was reported that FBR Chairman Shabbar Zaidi is on an indefinite leave from his official duties on grounds of ill health.