Are there any loopholes in Sindh govt’s efforts to safeguard employment? 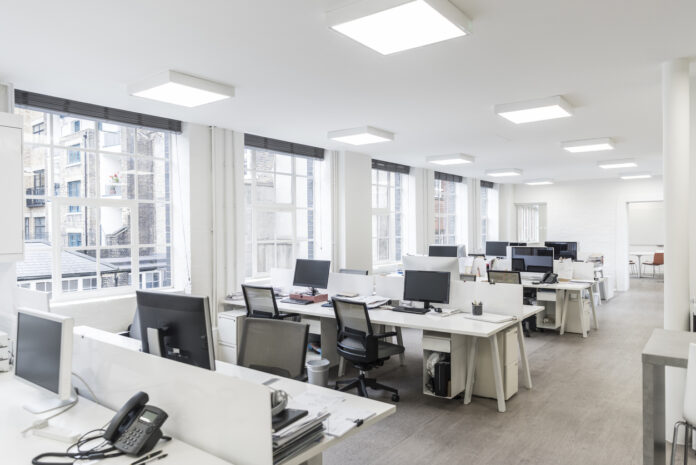 On Monday, the Sindh government issued a decree by invoking Section 3(1) of Sindh Epidemic Diseases Act, 2014, whereby employers, private or governmental, operating commercial or industrial establishments were barred from non-payment of wages and laying off workers.

The government assigned special powers to the labour secretary and labour director and the department was given the task to ensure that salaries, vacations and employment of citizens were safeguarded in these difficult times. The government stated that pay cuts and layoffs would be considered as punishable offences and may be penalised.

The act provides the government the powers to enforce temporary regulations necessary to prevent the outbreak and spread of an epidemic disease where “it thinks that the ordinary provisions of the law for the time being in force are insufficient for the purpose”.

The act further enhances the government’s power to “determine in what manner and by whom any expenses incurred (including compensation, if any) shall be defrayed”.

Section 3(1) of Sindh Epidemic Diseases Act, 2014, allows the government to allocate resource distribution and impose burden of payment of expenses on anyone.

Considering they are managed by the government, the public sector companies have absolute liability to compensate workers and ensure that nobody is laid off. However, the legality for the private sector comes into question.

Who is defined as a ‘worker’?

As per labor laws, defined under section 2(n) of the Sindh Terms of Employment Act, 2015, the general perception regarding the term is that it is used for “blue-collar” employees engaged in clerical or manual labor. Generally, it is not inclusive of employees performing “white-collar” jobs.

Under Section 2(n) “worker” means any person employed in any industrial establishment or commercial establishment or a mine to do any skilled or unskilled, manual or clerical work for hire or reward and includes permanent, probationer, badli, temporary, apprentices and contract workers, but does not include occupier and manager having the hiring and firing authority; provided that no worker shall be employed through an agency or contractor or sub-contractor or middleman or agent, to perform function relating to their contract of employment.

Muhammad Umer Toor, an associate at Jillani and Co explains, “The order only applies to the latter category. It not always clear whether a particular employee is a workman as not, due to plethora of judgments given by courts where they have often passed contradictory judgments, or where a particular job description has not been analysed and categorised by the courts.”

He further states that workers can further be classified into various categories, such as permanent, temporary, etc. that may be employed on month, weekly, or daily wages.

Is it possible for private companies to lay-off employees?

The notification issued by the Sindh government prevents employers from laying off workers, which under the Sindh Terms of Employment (Standing Orders) Act, 2015, is different from dismissal.

As per under section 16 of the act, the employer is entitled to a “Stoppage of work” for an employee in the event of “fire, catastrophe, break-down of machinery or stoppage of power supply, epidemics, civil commotion or other cause beyond his control, stop any section or sections of the establishment, wholly or partially for any period or periods without notice”,

The act further states, “In cases where workers are laid-off on account of the failure of plant, a temporary curtailment of production or any stoppage of work for reasons mentioned in clause (1), they shall be paid by the employer an amount equal to one-half of their daily wages during the first fourteen days of lay-off as compensation. When, however, the workers have to be laid-off for an indefinite period beyond the above-mentioned fourteen days, their services may be terminated after giving them due to notice or pay in lieu thereof.”

While employers may not be able to terminate employees, Toor says, “The employers seem to have powers to ‘terminate’ workers defined separately under section 16 of the said act, on grounds of misconduct or other judicially recogniSed grounds of termination. In light of this, it seems the notification may sustain any legal challenge on constitutional grounds by employers.”

The act does not mention dismissals.

Advocate Umer Jamil says, “The notification would be applicable only upon those workers of Sindh-based employers who are in Sindh.”

When asked about the right to dispose of one’s property, he said, “No such provision either in epidemic act or payment of wages act. Section 13 of payment of wages act only gives power to the government to prescribe conditions regarding deductions from salary but in my view that provision also does not give sufficient power to the government to issue the referred notification. So, I doubt the notification can be issued with its present wording.”

Adding to the applicability of the notification, Jamil notes, “Sindh government wants private empowers to defray the expenses of the lockdown. The 2014 Epidemics Act allows it to do. Whether it is an unreasonable restriction on the right to dispose of one’s property is a question that employers can raise in Courts – but, given the situation, their chances are slim.”

He further adds that the employers may question the courts on the legality of whether the notification is in the public interest and is reasonable.

However, Jamil points that while Article 24 of the Pakistani constitution protects everyone’s rights to dispose their property in whatever way they like, it also allows the state to restrict this right under the following conditions:

The notification forces private employers to pay wages, thereby making it a restriction. Jamil however points out, “It clearly meets Condition 1. It is backed by the “Sindh Epidemic Diseases Act, 2014”

Can the notification be challenged?

Keeping this in mind, the notification may sustain legal challenges on constitutional grounds by employers. Experts of law cite it as a form of assurance. They claim that in order to ensure the applicability and legality of the order, the government needs to introduce a new law, ordinance, or Act to address the extra provisions the government is ensuring for citizens.

The West Pakistan Epidemic Diseases Act from the 1950s, being a provincial subject was put on Concurrent List in 1973 (22), Prevention of the extension from one Province to another of infectious or contagious diseases or pests affecting men, animals or plants. It was then deleted in the 18th Amendment. This made it a provincial subject whereby each province was free to adopt its own Act. Sindh introduced the act in 2014.