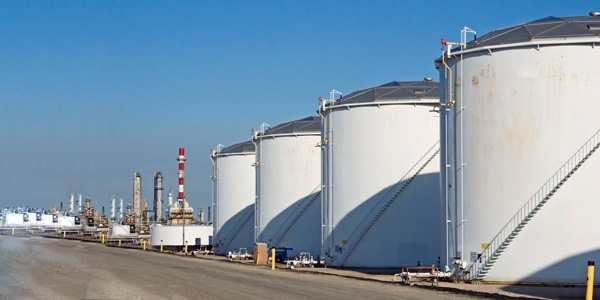 LONDON: The International Energy Agency (IEA) on Wednesday forecast a 29 million barrel per day (bpd) dive in April oil demand to levels not seen in 25 years and warned no output cut by producers could fully offset the near-term falls facing the market.

Benchmark Brent crude futures fell following the IEA’s monthly report, trading down more than 4pc or $1.30 to $28.30 per barrel at 1027 GMT.

The IEA forecast a 9.3 million bpd drop in demand for 2020 despite what it called a “solid start” by producers following a record deal to curb supply in response to the coronavirus pandemic.

“By lowering the peak of the supply overhang and flattening the curve of the build-up in stocks, they help a complex system absorb the worst of this crisis,” the Paris-based IEA said in its monthly report.

“There is no feasible agreement that could cut supply by enough to offset such near-term demand losses. However, the past week’s achievements are a solid start.”

Organization of the Petroleum Exporting Countries (OPEC) and other producers including Russia on Sunday agreed a record cut in output from May of 9.7 million bpd, or almost 10pc of global supply, to help support prices and curb oversupply.

Ahead of that, however, April could prove the worst month ever for the industry as production is set to increase while demand tumbles amid economic lockdowns around the world, IEA Executive Director Fatih Birol said.

“When we look back on 2020 we may well see that it was the worst year … April may well have been the worst month – it may go down as Black April,” Birol told reporters on a call.

Oil producers “lost two very important months”, Birol added, referring to events including the failure of producers in early March to agree on cutting output. Instead, Saudi Arabia, Russia and others pledged to increase production as they looked to grab back market share.

Now, in addition to planned supply cuts, some nations are expected to boost buying for strategic reserves.

The IEA said it was “still waiting for more details on some planned production cuts and proposals to use strategic storage”, noting the United States, India, China and South Korea have either offered or are considering such purchases.

“If the transfers into strategic stocks, which might be as much as 200 million barrels, were to take place in the next three months or so, they could represent about 2 million bpd of supply withdrawn from the market,” the IEA said.

Birol said the IEA’s forecasts on such purchases were based on “our communications with the countries, what we see in the press and the countries’ public announcements”.