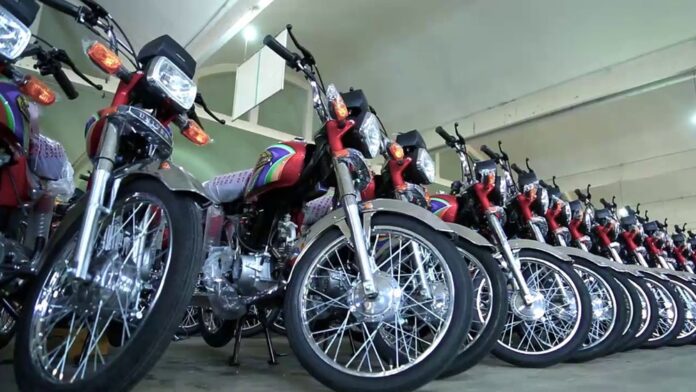 The sale of motorbikes and three-wheelers witnessed a decline of 12.34pc during the first nine months (July-March) of the current financial year (FY20) as compared to the corresponding period of last year.

During the period under review, as many as 1,170,403 motorbikes and three-wheelers were sold in July-March FY20, as against the sale of 1,335,232 units in July-March FY19, according to data released by the Pakistan Automobile Manufacturing Association (PAMA).

Meanwhile, the sale of Road Prince three-wheelers dropped of 22.46pc, from 8,634 units last year to 6,694 units during the period under review.