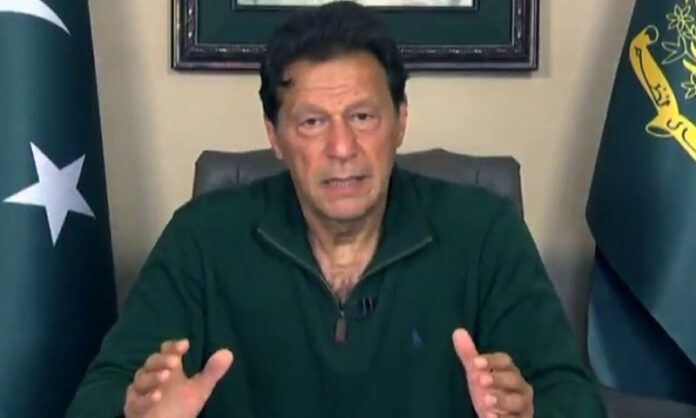 ISLAMABAD: Prime Minister Imran Khan on Sunday said that the federal government is utilising all resources to contain the spread of the novel coronavirus and will take some big steps to accelerate economic activities in the country.

Talking to his Adviser on Parliamentary Affairs Babar Awan, who called on him in the federal capital, the prime minister said that the biggest challenge was to provide relief to a common man hit the hardest by lockdown restrictions enforced to stem the spread of the deadly virus.

He said that he is happy that his economic team hammered out an emergency action plan in a timely manner. He announced that the government is going to take big steps to accelerate economic activity in the country.

In his remarks, Awan said the government rolled out poor-friendly relief packages for the first time in the country’s history. The government exhibited statesmanship in testing times, he maintained.

Taking aim at opposition leaders, he said that they have been playing politics of accusations and have no manifestos for the wellbeing of the people. He said that safety measures will be ensured before a session of the National Assembly (NA) is convened.

On Saturday, PM Imran had once again said that the country could not withstand an extension in the coronavirus lockdown as labourers and daily wagers were suffering due to economic hardships.

“The entire world is trying to restart its economy. Places like New York where thousands are dying, have also decided to re-open their industries,” PM Imran had said at the launch of a web portal supporting individuals rendered jobless due to the pandemic.

“Even rich governments are reopening because they realise they cannot keep the country under lockdown for long. This is why we have decided to open our construction industry,” he had said.

“Never in the history of this country have we given such huge incentives to the construction industry as we have done now,” he had noted.

The prime minister had said that the main aim of his government was to make sure the people of the country were not burdened.

“This is why we brought down petrol prices by Rs30. Earlier we brought the price of diesel down by Rs27. Even India does not have these low prices,” PM Imran had remarked.

He had added that since the price of petrol was slashed, prices of everything should fall as well.

Speaking about the web portal, the prime minister had said that it will help those who have lost their jobs due to the lockdown.

“People can register on the website where their credentials will be checked,” he had said.

PM Imran had also thanked everyone who had donated to the Corona Relief Fund, saying that he himself was monitoring the fund and its resources.

He had also said that the public needs to work with the government to combat the virus. “They [public] need to take precautionary measures. If I had tested positive, it would have been my responsibility to make sure I self-isolated and quarantined,” he said.

“The public needs to play its part in this fight against coronavirus. We do not know when a vaccine for the virus will be made available. If we have to live with this for the next six months or a year, we need to have a plan,” he had added.

The premier had further said that the more disciplined the nation is, the more easily it would be able to defeat the coronavirus outbreak. The public needs to practice social distancing on their own as we cannot force them to do anything, he had added.