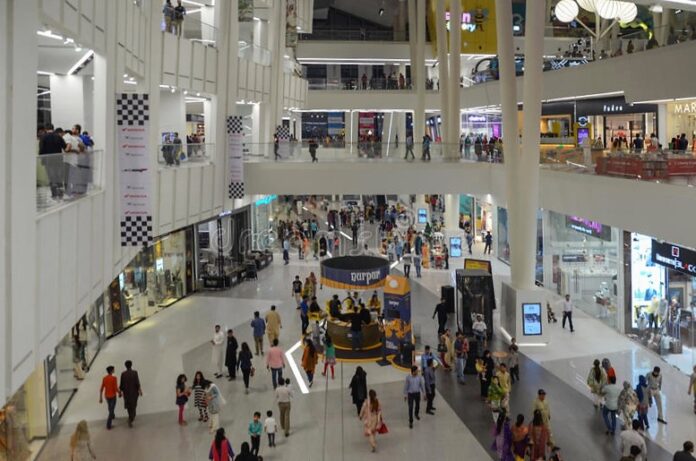 LAHORE: The Punjab government on Friday decided to further ease the lockdown by giving permission to reopen shopping malls and resuming public transport across the province amid the coronavirus outbreak.

Punjab Industries and Trade Minister Mian Aslam Iqbal said that standard operating procedures (SOPs) have been prepared that will be presented to Chief Minister Usman Buzdar in a meeting.

He said that malls should ensure usage of thermal gun for checking temperatures, hand sanitizers and masks by all customers, staffers and shopkeepers.

On the other hand, Pakistan International Airlines (PIA) and other private airlines have also hinted at resuming domestic flight operations before Eidul Fitr. A schedule in this regard will be issued on May 16.

Reportedly, flight operations will be partially resumed at airports of Islamabad, Karachi, Lahore and Peshawar with only 50 percent passengers allowed on board.

At least 356 new coronavirus cases have emerged in Punjab, taking the provincial tally to 13,914, according to the Primary and Secondary Healthcare Department.

Eleven more deaths were reported, pushing the total number of provincial fatalities to 234.

Some 4,720 people have recovered from the virus in the province while 151,247 tests have been conducted thus far, the department said, adding 168 out of 356 new infections were detected in the provincial capital.