FPCCI president appreciates relief given to some sectors, but urges timely steps to save the economy amid Covid-19 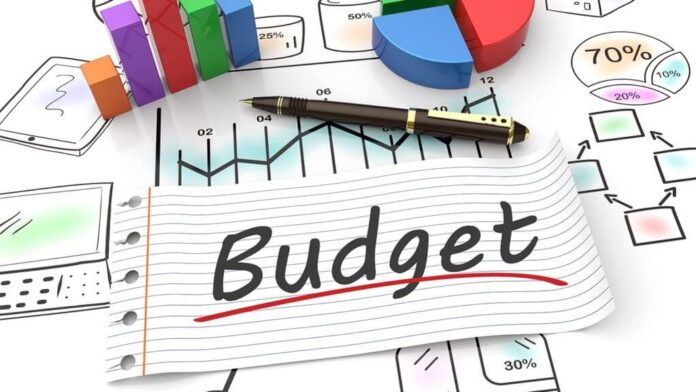 LAHORE: Federation of Pakistan Chambers of Commerce and Industry (FPCCI) President Mian Anjum Nisar on Monday said that the budget presented by the government for the next fiscal year was a very traditional budget as it lacked focus on changing economic priorities.

While speaking to the media about the budget for financial year 2020-21, he said that Pakistan is currently facing a recession situation and targets could not be achieved. Last year, the budget targets were revised thrice while the agriculture sector was there to support the gross domestic product (GDP) which was about 6.4 per cent, he added. “Last year, agriculture supported the economy, but this year the agriculture sector has been badly affected by locusts. In some parts of the country, locusts attack has caused a lot of damage,” he further said.

The FPCCI president said that the FY21 budget did not meet the expectations of the business community. “We were expecting relief in taxes due to Covid-19 pandemic but taxes were not reduced. The industries and trade sector are facing severe financial crises and will face more in the future. Only 35 per cent of the suggestions made by the FPCCI have been implemented,” he said. “According to the Economic Survey, jobs were to be saved, but the current budget does not give any impression in this regard.”

He also said that if the industry remained closed for two days in a week, it would only worsen the economic situation. “The government should take steps to save the economy, otherwise the problems will get worse, and if this situation continues, many industries will not be able to function in the future,” he added.

He said that the demand for restoring the zero-rating facility and proposals of the textile export sector has been disregarded. “There is no support/ policy for SMEs, the most vulnerable sector under the current crisis. CNIC issue is not resolved. Sales tax rates are not reduced. Corporate tax and turnover taxes are not reduced. No clear-cut policy on demurrage has been announced. No time is fixed for deciding appeals as appeals are pending for decision for the last three years. Rate of turnover tax and withholding tax for distributors are not reduced. Rates of tax for Small and Medium Enterprises (SME) are not reduced. Minimum Tax at 1.5 per cent U/S 113(i) (e) and (2)(c) has not been reduced. The time period of records keeping of six years – section 174 has not been reduced,” he said.

Nisar also highlighted a few positive aspects of the budget i.e. exemption of additional custom duties on those tariff lines which are now at 0 per cent customs duty in tariff, reduction of customs duty on 40 raw materials of various industries, tariff rationalisation under National Tariff Policy, 2019, by reducing customs duty on 90 tariff lines from 11 per cent to 3 per cent and 0 per cent, reduction in regulatory duty from 12.5 per cent and 17.5 per cent to 6 per cent and 11per cent on Hot Rolled Coils (HRC) of iron and steel falling under PCT codes 7208 and 7225& 7226, respectively. He also appreciated that a number of industrial inputs/intermediary raw materials are being allowed concessional import under new serial number of the fifth schedule through IOCO quota determination such as Butyl Acetate, syringes and saline infusion sets, buttons, interlining/buckram and wire rod, etc.

“On the other hand, where issues pertaining to commerce and trade are concerned, there are still some outstanding issues that could have been addressed in this budget, including ease of doing business, which still has room for the improvement,” he said. “The government has neglected a major portion of sectors amid the Covid-19 pandemic but has considered the cement industry and has increased capital gain, which is admirable.”