Oil mixed on tighter supply, surge in US virus cases 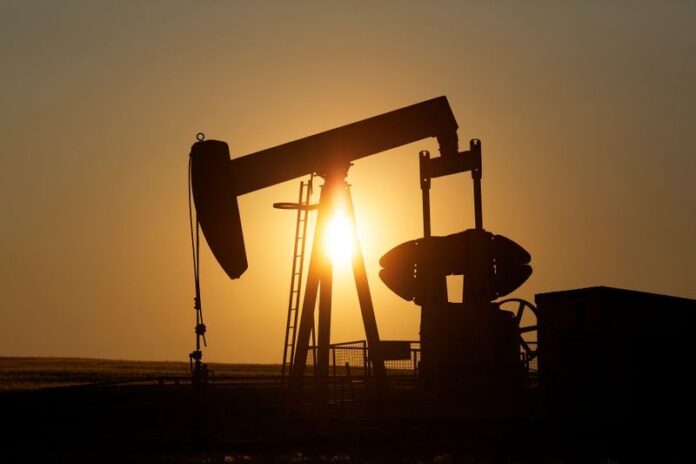 LONDON: Oil prices were mixed on Monday, with Brent crude edging higher on tighter supplies and positive economic data, while US benchmark WTI futures dropped on concern that a spike in coronavirus cases could curb fuel demand in the United States.

“We believe that oil market participants are focusing on the current demand trends but are still ignoring the long-term implications of the corona pandemic,” Commerzbank analyst Eugen Weinberg said.

In the first four days of July alone, 15 US states have reported record increases in new cases of COVID-19, which has infected nearly 3 million Americans and killed about 130,000, according to a Reuters tally.

“For now, data for several cities in affected states does not show a significant reduction in road traffic week-on-week,” analysts at ING bank said.

Brent found some support as investors expected a string of improving economic data.

In China, the economy is recovering while its capital markets are attracting money, setting the scene for a healthy bull market, the official China Securities Journal said in an editorial on Monday.

Traders were also keeping an eye on US non-manufacturing activity and retail sales for the euro zone, both due on Monday and expected to be positive.

German data, however, showed that the recovery from COVID-19 will be slow and painful. Germany’s industrial orders rebounded moderately in May and a fifth of firms in Europe’s biggest economy said in a survey published on Monday they feared insolvency.

The implied volatility for Brent crude has dropped to its lowest since prices started collapsing in March as markets remain focused on tightening supplies.

Production by the Organization of the Petroleum Exporting Countries (OPEC) has fallen to its lowest in decades.

OPEC and other producers including Russia, collectively known as OPEC+, have agreed to lower output by a record 9.7 million barrels per day (bpd) for a third month in July.

Saudi Arabia’s state oil producer Aramco has increased official selling prices (OSPs) for its crude to Asia by $1 a barrel in August, and raised the OSPs for almost all grades to Europe and the United States.

US production, the world’s largest, is also falling. The number of operating U.S. oil and natural gas rigs fell for a ninth week, although the reductions have slowed as higher oil prices prompt some producers to start drilling again.