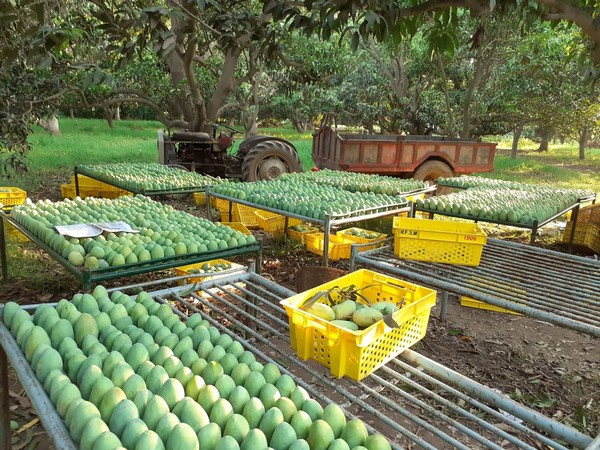 ISLAMABAD: While the role of Department of Plant Protection (DPP), an attached wing of the Ministry of Food Security and Research (MFS&R), is to facilitate the export of horticulture products, the exporters have come forward with an accusation that the department, instead of facilitating them, is creating hurdles through various means.

In a detailed letter along with records, the All Pakistan Fruit and Vegetable Exporters, Importers and Merchants Association (PFVA) has informed the ministry that the enormous export potential of Pakistani mangoes to Iran could not be fully tapped due to the biased approach of the DPP.

As per the letter sent to the ministry on July 9, the association has accused the DPP of working against the government policy of boosting exports, saying that instead of extending support for the export of mangoes to Iran, the department was deliberately creating hurdles by using delaying tactics at a time when prompt approvals were needed for additional six hot water treatment plants.

In the letter, a copy of which is available with this scribe, PVFA Chairman Abdul Malik stated that Iran was a promising international market for export of Pakistani mangoes, as Pakistan in 2019 had earned a foreign exchange of $21 million by sending 30,000 metric tonnes of mangoes to Iran. By reducing the cost of production, Pakistan could increase the volume of export by at least 30pc.

“The main hurdle in the way of mango exports is the negative role of the PPD, which is facilitating the hot water treatment plants in Sindh, taking full ‘financial advantage’ of the situation, and keeping the six proposed HWT plants inoperative.”

All mangoes exported to Iran must have to pass through the hot water treatment process.

Malik said the association is striving hard to increase the number of approved HWT plants so as to bring down the cost of treatment and fully exploit the lucrative mango market.

Much before the start of the mango season, the plant protection department, on the instance of the association, had invited Iranian quarantine team to visit Pakistan and inspect additional HWT plants so that the consignments of mangoes could cross the Iranian border without delays, while the cost of treatment could be reduced to half.

The Iranian team visited Pakistan in September and October and inspected 19 HWT plant facilities in various cities. However, the PPD did not share the results of the inspection even six months after the visit. After repeated reminders, the DPP informed that the Iranian team approved only five facilities out of 19 HWT inspected plants.

Following the serious concern expressed by the association, the Iranian quarantine department asked DPP to carry out re-inspection of the additional six disapproved plants on their behalf in view of Covid-19 situation so that minor deficiencies could be removed.

“Without intimating the association of this development, DPP carried out a ‘technical audit’ of three HWT plants. Moreover, the review of the previous inspection report was carried out on such a short notice that the owners of HWT plants had to spend about Rs600,000 to make the plant ready for re-inspection,” the PFVA chairman complained.

Malik alleged that DPP used planned and deliberate tactics so that mango season ends in Sindh and leaves no space for proposed plants to get approved and operate. This was “purposely done” to ensure that a few “favourite approved HWT plants” could maintain the monopoly and gain huge financial benefits.