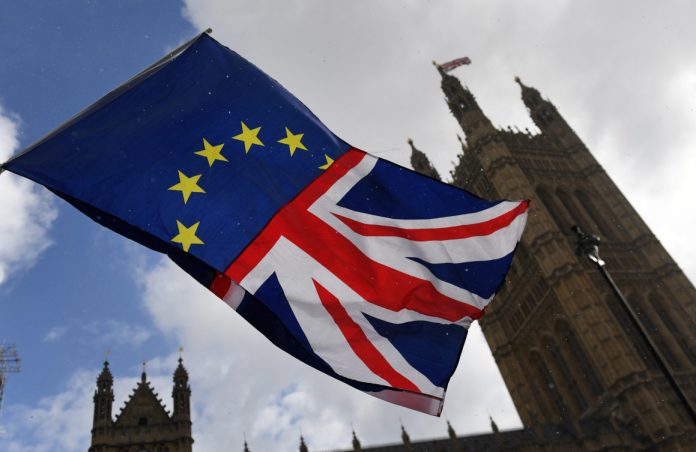 LONDON: Britain’s top minister overseeing Brexit talks said on Friday he was confident a free trade deal would be clinched with the European Union (EU) as there had been a distinct change of tone from the bloc in recent weeks allowing progress to be made.

The United Kingdom left the EU on January 31 but the main terms of its membership remain in place – including being in the EU customs union and single market – during a transition period until the end of this year, during which time both sides hope to negotiate a new free trade accord.

“I’m confident that there will be a deal, I think there has been a welcome change in tone over the last few weeks,” Michael Gove told reporters in Portadown in the British province of Northern Ireland.

“The omens are good for a deal. Now of course there is some tough talking to do,” Gove said. “I believe that there will be a successful negotiated outcome.”

While Britain has always said it believed a deal was possible, the tenor of the comments from Gove – one of the most senior Brexit supporters in Prime Minister Boris Johnson’s government – was distinctly more positive than in recent months.

In late May, for example, Gove was demanding that the EU break the impasse in talks.

Failure to reach a deal would convulse global trade just as the world comes to terms with the economic destruction sown by the novel coronavirus.

The EU is willing to compromise by softening its demand that Britain heed the bloc’s rules on state aid in the future, diplomatic sources told Reuters earlier this month.

They said Brussels could go for a compromise entailing a dispute-settling mechanism on any state aid granted by the UK to its companies in the future, rather than obliging London to follow the bloc’s own fair-competition rules from the outset.

“The relationship that we have with the European Union is constructive, pragmatic and impressive,” Gove said, adding that he thought a deal could be done though there was more work to do.

Britain and the EU have planned more trade negotiations all the way until October 2, less than a fortnight before a summit where the bloc hopes to endorse any agreement with London.

SINGAPORE: Oil slipped but held above $75 a barrel on Thursday, within sight of a near seven-week high hit a day earlier, supported by...
Read more
- Advertisement -