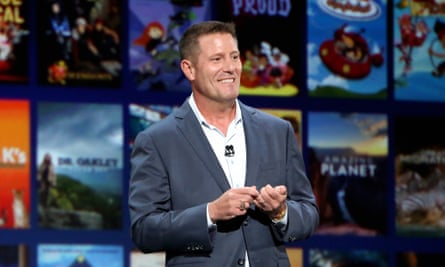 In a letter to staff Meyer cited a ‘sharply changed’ political environment, after Donald Trump ordered ByteDance to sell up within 90 days

The Financial Times reported on Thursday that the former Disney executive would be replaced in the interim by Vanessa Pappas, the general manager. In a letter to staff, parts of which have been seen by the Guardian, Mayer said he had decided to leave after Trump ordered TikTok’s parent company, ByteDance, to sell its US assets to a US company within 90 days.

“In recent weeks, as the political environment has sharply changed, I have done significant reflection on what the corporate structural changes will require, and what it means for the global role I signed up for,” the letter said. “Against this backdrop, and as we expect to reach a resolution very soon, it is with a heavy heart that I wanted to let you all know that I have decided to leave the company.”

The Financial Times quoted an excerpt from the letter that said, “I understand that the role that I signed up for – including running TikTok globally – will look very different as a result of the US administration’s action to push for a sell off of the US business.”

Mayer said TikTok expected a resolution to Trump’s orders “very soon”. TikTok said in a statement it thanked Mayer for his time and wished him well. “We appreciate that the political dynamics of the last few months have significantly changed what the scope of Kevin’s role would be going forward, and fully respect his decision,” it said.

US tech companies including Microsoft, Twitter and Oracle, have expressed interest or announced talks with ByteDance to acquire some of TikTok’s operations outside China. TikTok’s Chinese ownership has raised concern about the potential for sharing user data with Chinese officials as well as censorship of videos critical of the Chinese Communist Party government. TikTok says it does not censor videos and it would not give the Chinese government access to US user data.

In a blog post it said “the company does not take suing the government lightly, however we feel we have no choice but to take action to protect our rights, and the rights of our community and employees … In our complaint we make clear that we believe the Administration ignored our extensive efforts to address its concerns, which we conducted fully and in good faith even as we disagreed with the concerns themselves.”

TOKYO: Oil prices eased on Wednesday, taking a breather after two days of gains, as investors waited for an assessment of full impact of...
Read more
World Business News

SINGAPORE: Oil prices edged up on Tuesday after a near 5% rebound the day before as concerns about the impact of the Omicron variant...
Read more
- Advertisement -