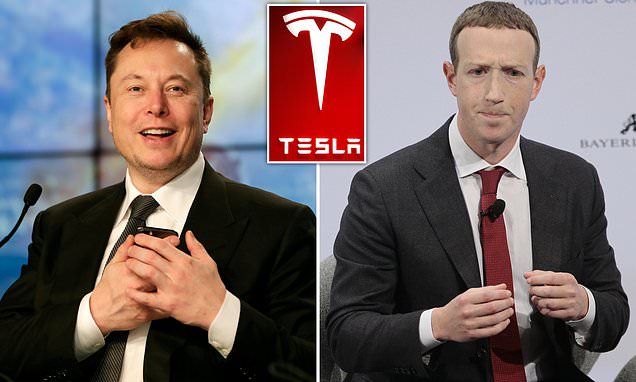 NEW YORK: Elon Musk has become the third-richest person in the world, overtaking Facebook founder Mark Zuckerberg, after a split in Tesla’s stock sent its share price soaring. Musk is now worth $115 billion (Dh422bn), overtaking Zuckerberg’s net worth of $111bn, according to reports.

Last month, Musk became a centibillionaire after stocks rallied following news that the Federal Reserve is likely to keep short-term interest rates near zero for at least five years.
His net worth has increased by $87.8bn so far this year, boosted by the rising value of his electric car company, which has soared by more than 500 per cent since the beginning of the year.

Tesla shares jumped by more than 12 per cent following a five-for-one stock split by the company on Monday, and are up a further 7 per cent in pre-market trading on Tuesday.
The electric car maker now has a market capitalisation of $464bn, more than double the $182bn valuation attached to the next-highest valued automotive company, Toyota. The Japanese company sold 10.7 million cars in 2019, compared to Tesla’s 367,500, although Tesla has made significant investments in other areas such as self-driving technology.