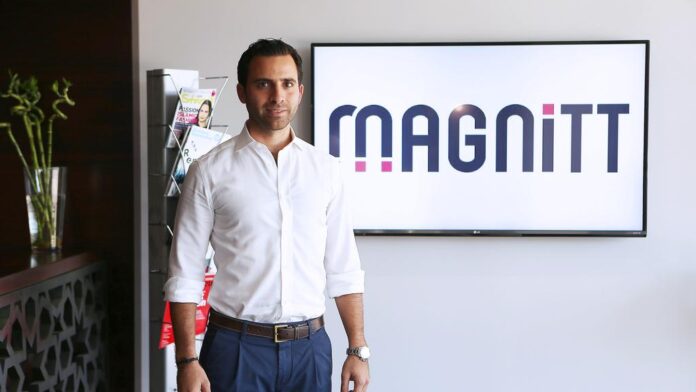 Dubai-based venture data platform MAGNiTT has revealed that Pakistan-based companies raised $10 million in H1 2020, a decline of nine percent from $11 million in 2019.

But the company is still optimistic about the future of venture funding in the country, as its latest report shows that $22 million has already been allocated to bus ride booking app Airlift in the third quarter of 2020.

“Pakistan is a quickly evolving ecosystem, however, it is still nascent relative to many other emerging tech hubs. When we analyse it, we choose to look at the Pakistani ecosystem holistically: Despite the fact that funding in H1 has fallen against the back-drop of COVID-19, we are aware of a few large deals that will be counted in H2’s numbers.

“We are confident that 2020 funding figures will eventually overtake funding amounts in full-year 2019,” he said.

In its report, H1 Pakistan Venture Investment, MAGNiTT said the number of venture deals had increased for the half year despite the global pandemic by 13 percent to 17, although overall funding was down year-on-year by nine percent, with average ticket size falling by 14 percent to $0.6 million.

MAGNiTT has previously focused on the MENA region, but has now launched its first report on Pakistan, H1 2020 Pakistan Venture Report, saying the country has the potential to become the next big South Asian tech market, the company said in a press release.

“Despite regulatory challenges, we are optimistic about the Pakistani ecosystem’s future for a few reasons: It has all the intrinsic qualities that lend itself to a promising ecosystem – a large and tech-savvy population, no shortage of opportunities for disruption, and a strong talent base, said Bahoshy.

“We also see a growing investor landscape similar to that of the UAE five to 10 years ago.

“Many founders are being inspired by successes from across MENA and other neighbouring markets and are building localised solutions for Pakistan. These factors, along with relatively large seed rounds in H1 2020, are developing the foundations of a credible Series A pipeline.”

Pakistan’s top fundraiser in H1 2020 raised $1.8 million, according to the MAGNiTT report. Fintech was the sector that secured the most funding deals in H1 2020, but the top five industries in terms of total funding received were e-commerce, taking 65 percent of all funds raised, followed by multimedia at 15 percent, then by healthcare, advertising and marketing, and data analytics.