‘CPEC on track, but Pakistan needs to employ Chinese experts’ 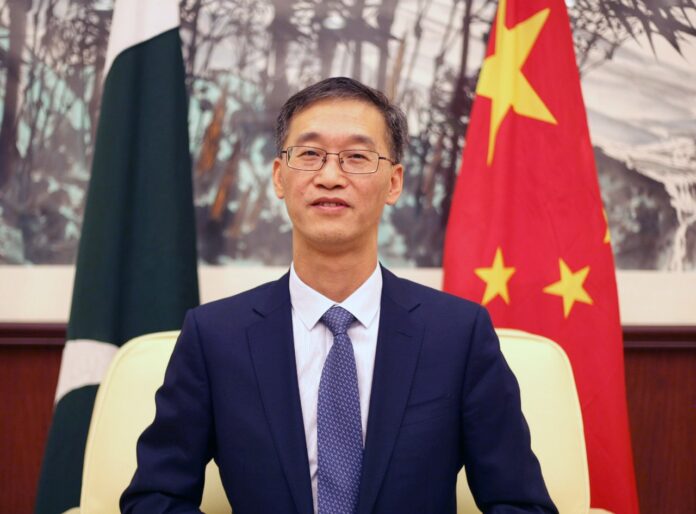 ISLAMABAD: Outgoing Chinese Ambassador to Pakistan, Amb Yao Jing, has said that the China Pakistan Economic Corridor (CPEC) would be better served if Pakistan appointed officials who are experts on the functioning of Chinese government and its market.

In an exclusive interview with Pakistan Today and Profit, the ambassador said that on his exit from the country, he was happy at the progress that had been made between the two countries, and that CPEC was on the right track.

The ambassador said that he did not feel that there was any challenge to the progress of CPEC and considered it to be proceeding in a timely fashion. There were only ways to make it better and stronger. One of his chief suggestions was the appointment of experts that knew the workings of the Chinese government, and markets closely and could advice Pakistan on how to navigate these mechanisms.

“CPEC is now well connected, much to the satisfaction of both sides,” he said. “The biggest concern if there is one is that Pakistani officials lack expertise on not just how the Chinese government works, but also how Chinese companies operate.”

“In China, for example, we have some experts that advise us on Pakistan’s functioning model. But there is a lot more to be done for Pakistani authorities to learn the functioning of Chinese markets and government,” he added.

Pointing towards ML-I, the Mainline-1 railway project under CPEC) worth $6.8 billion,  Ambassador Jing said China and Pakistan have made strides when it comes to mega projects which will become beneficial to both countries soon.

“ML-I is the biggest of our mega projects. We were stuck for a while on this, but now we have made a breakthrough on it and we are moving on to the commercial part. Although the commercial loan issue remains yet to be settled, but it is in the process of being finalised between the two governments,” he said.

“Hydropower stations are another example of some of the mega projects under CPEC,” he said. “We are currently working on two different hydropower projects, and even more are coming. Then of course there are other infrastructure projects like  Motorway (M-6) and some highways construction in Balochistan, and expansion of the Karakoram Highway.”

Pointing towards external enemies that may want to harm CPEC, the ambassador admitted that security had been one of the chief topics under discussion during a recent visit that Pakistan’s Foreign Minister, Shah Mehmood Qureshi, made to Beijing.

“There are some externally-supported elements who are working against the China, Pakistan Economic Corridor (CPEC). There have also been some terrorist attacks recently. Such elements are a major security threat to Chinese companies working in Pakistan,” said the ambassador. “However we are very grateful that the Pakistani government has adopted very comprehensive security plans for CPEC and the Chinese companies working on these projects.”

“The Strategic Security Division (SSD) has been established and just last year, they opened a new division called Southern Division. We are going to collaborate with law reinforcement department, basically Ministry of Interior and the Police Department”.

Ambassador Jing went on to reveal that China and Pakistan were planning on having more local base stations. This would allow for a greater exchange of experience and collaboration, which would result in the increased capacity building of these forces tasked to secure CPEC projects.

“We are also having some kind of police related capacities in different provinces, as well as jointly monitoring external elements who are detrimental to CPEC. We are also having intelligence cooperation between Pakistan and China”.

Asked whether China and Pakistan were also implementing an intelligence cooperation to counter such nefarious designs against the CPEC projects, Amb Yao Jing said that intelligence corporation is already operational.

Ambassador Yao Jing says that Special Economic Zones (SeZs) were a major part of the industrial cooperation between the two countries, and Rashakai SeZ would be the first success story in this regard.

“Under the industrial cooperation, we identified four areas including the SeZs. For which, we have identified special areas. Initially we could not make progress on SeZs due to involvement of various tiers of the federal and provincial authorities. We needed to have special areas with special tax holiday and other incentives for the investors along with special priorities for the major sectors”.

Asked to elaborate, the envoy said that CPEC cooperation is between the federal governments of Pakistan and China, but the SEZs were in the provinces, which created issues. “This is why it was a little slow. Then various private companies were also involved so it took time to make a breakthrough. But finally we have managed it.” He said Motorway (M-3) is already functional now.

“Better coordination is half the success. So Rashakai could be the first successful story. Gwadar Free Trade Zone has been a major success. There are 22 factories on construction sector in the Free Zone. Six of them have already finished work on port. Pakistan government has given tax-free incentive to it. Free Zone is now booming.”