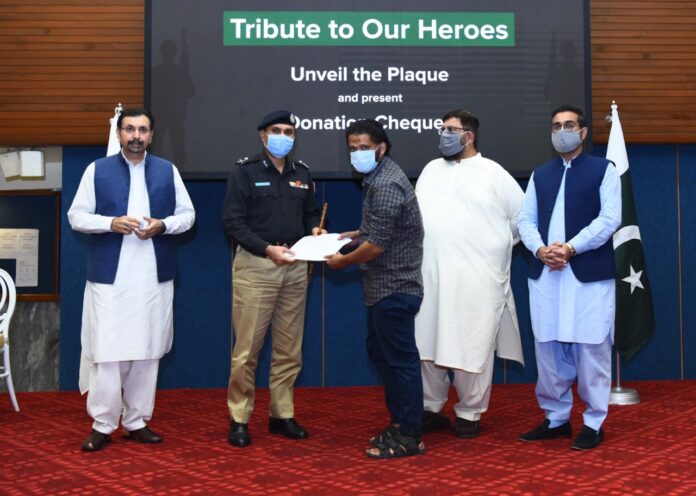 KARACHI: The Pakistan Stock Exchange (PSX) on Friday organised a solemn ceremony to honour the martyred and injured soldiers who foiled the June 29 terrorist attack on PSX.

In addition, the exchange explained how they plan on providing further support to the families that had lost their loved ones.

Speaking on the occasion, PSX CEO Farrukh Khan said, “It took time to properly form a fund. We know this is nothing compared to the value of their life and their contribution not only towards the safety of individuals on premises but the economy and country at large.”

For the family of the martyrs, Khan explained that the PSX is trying to compensate the families on a long-term basis, at least seven to eight years, through the creation of the fund.

Following the cheque distribution ceremony, the event concluded by the unveiling of the plaque in the memory of the brave men that lost their lives in the line of duty.

Khan called the family members of those who were martyred in the attack as chief guests of the occasion.

He stated that Rs20.3 million have so far been gathered for the cause. 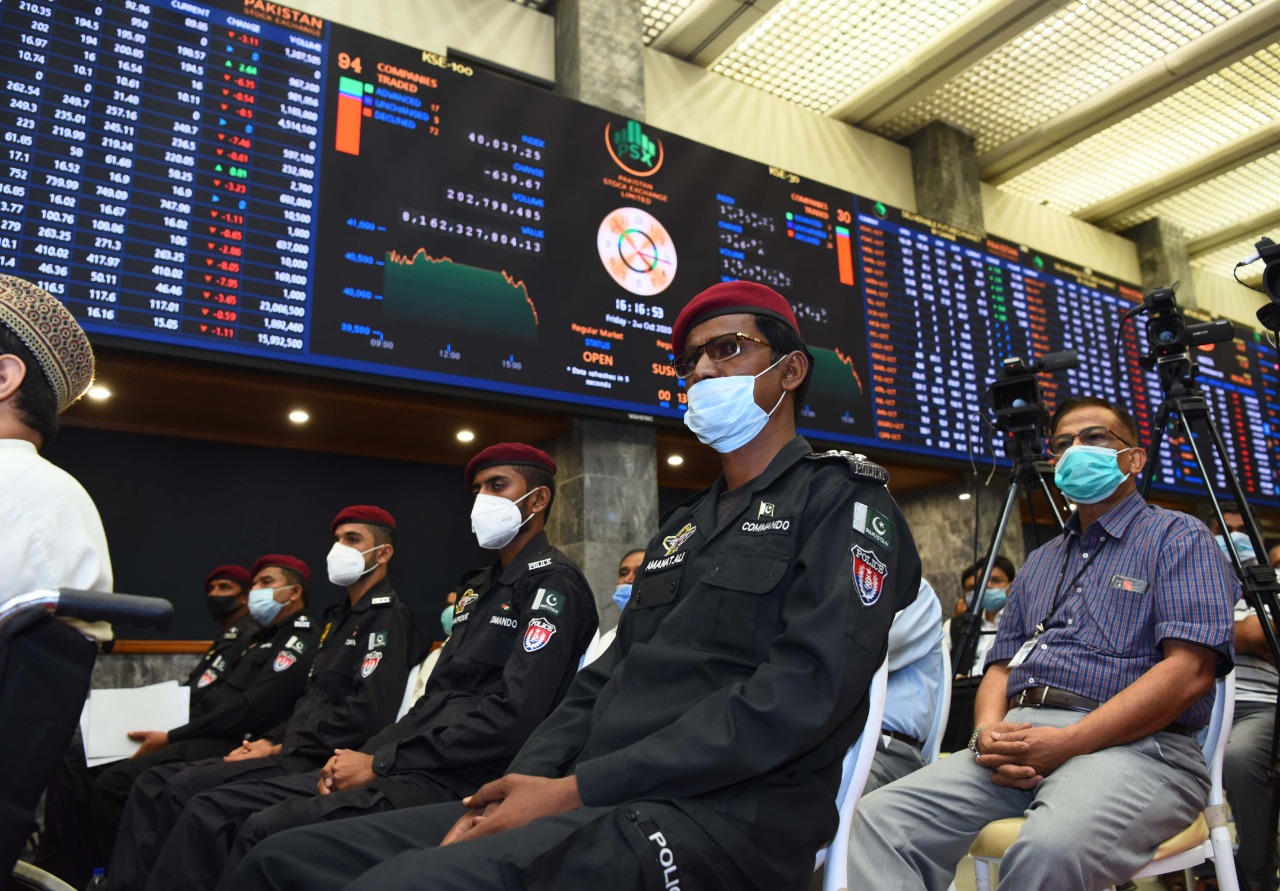 “We are no less proud and honoured by the presence of the brave men who were injured and those who killed the terrorists while protecting the Exchange.”

He further stated, “I am humbled by the fact that we received support in the form of contribution to the donation facility set up by PSX, from all those we reached out to; brokerage houses, AMCs, PSX itself and its staff, and all those who have contributed to the support facility for the affectees of the terrorist attack, for their welfare and well-being. We are also very happy to unveil a plaque on the PSX premises that will be a permanent reminder to the world of these brave men.”

In his address, Pakistan Stock Brokers Association Chairman Aqeel Dhedhi said, “It is but a small measure of compensation as compared to the tremendous sacrifice they gave by paying the ultimate price of laying down their lives or getting injured for the great cause of defending an important economic installation of their homeland.”

While speaking to the families of the martyred and injured, Profit found out that this is the first compensation that the families have received from the stock exchange. Moreover, they complained about how the Sindh government has not followed through with any compensation as they had announced.

On July 1, Sindh Chief Minister Murad Ali Shah announced that the police sub-inspector who was martyred will be promoted, his family will be compensated with Rs10 million and two jobs, while his salary will continue to be disbursed until superannuation.

The CM also announced that the families of the martyred security guards will be compensated with Rs5 million each, along with one job in the police force for one member of each family.

In addition, the employer of two martyred security guards, Security 2000, told Profit that it too has paid Rs1 million in compensation to the families of the guards. The company is also helping bear the medical expense of the injured guards admitted in the hospital.

However, this scribe has learned that injured security personnel have to bear their own medical expenses and have been provided no further assistance from Security 2000.

On Monday at 10:02 A.M., four heavily armed terrorists attempted to enter the PSX. However, they were stopped by security forces, and all four terrorists were killed. The situation was brought under control in 12 minutes.

Militants from the Baloch Liberation Army (BLA) later took responsibility for the attack. The BLA is an armed separatist group that had previously carried out an attack on the Chinese consulate in Karachi in 2018.