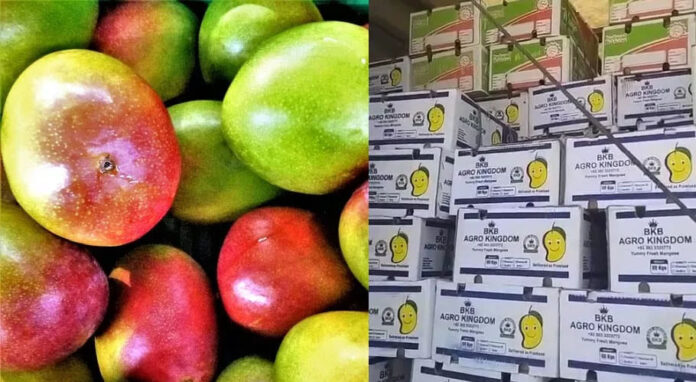 ISLAMABAD: Horticulture exporters have termed the government’s decision to increase the fee of phytosantiray certificates by around 800pc “a major barrier in increasing or maintaining the existing volume of exports”.

Without giving any justification, the Federal Ministry of National Food Security & Research (MNFS&R) had recently enhanced the fee for the issuance of phyto certificates for export consignments.

The new fee, as per the exporters, is many times higher than the same in neighboring countries like India.

Following the exorbitant increase, implemented from September 2020, the exporters are now paying Rs2,500 to get a certificate instead of the previous Rs300.

“This sudden increase in the fee without any consultation with the relevant trade body would further multiply the cost of export consignments, making it very difficult to compete in international markets,” said All Pakistan Fruit & Vegetable Exporters, Importers & Merchants Association (PFVA) head Waheed Ahmed in a letter to concerned ministries.

“While the government is striving hard to enhance exports of fruits and vegetables, the MNFS&R has increased the fee of phyto certificate by about 800pc, which indicates serious discrepancy in desire and action on part of the government institutions,” the letter stated. “This disproportionate increase in fee is unrealistic and will seriously affect exports by air.”

Comparing the phyto certificate fee with other countries, Waheed informed that the maximum fee of the said certificate in India is $1.36 (Rs228), while the same in Sri Lanka is $0.87 (Rs140) and $0.24 in Bangladesh (Rs40). “Pakistan was already charging Rs300 for the certificate — highest in the region — and now that been further enhanced to Rs2,500,” the PFVA chief lamented.

“After Covid-19 outbreak, the export of fruits & vegetables by air has been encountering great difficulties due to exorbitant increase in cost of air freight by the airlines, while the undesirable increase in issuance fee of phyto certificates has added fuel to the fire. Hence, the possibility of complete discontinuation of by-air exports cannot be ruled out since the cost of python certificate is far much higher than the profit earned on an item.”

The PFVA head appealed before the MNFS&R to reconsider the recent abnormal increase in the issuance fee of phyto certificates. Keeping in view the national and international situation, the fee shall be brought down to a reasonable level, in line with other countries.