This story will never not be funny. And Profit will cover it blow by blow 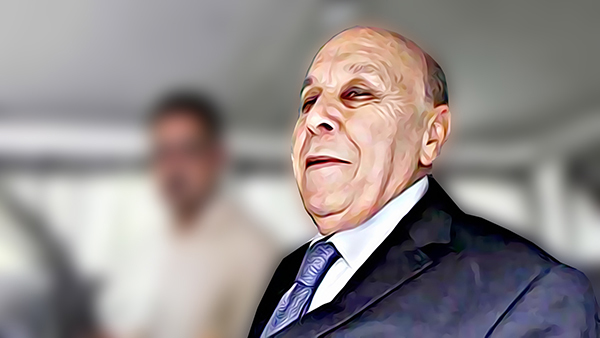 Imagine you are a somewhat decent businessman in the early 2000s. You begin to set up a few sugar mills in Sindh, nothing major. You are okay at your job; but what you are great at is being a good, loyal friend. And your best friend appreciates your loyalty.

One day, your best friend becomes the president of Pakistan. And he asks you to do some money laundering for him, nothing major. Of course, you being the kind soul that you are, agree. And in return, your conglomerate goes from six companies to 83 companies in the space of 10 years. It is a great gig. Your sugar mills are minting money. You get to spend Rs11 million on renovating your house facade. Heck, you even have enough money for your daughter-in-law’s clothing boutique idea (sure, beta, whatever you want).

At some point, the Pakistani military and law enforcement agencies are not too happy with your best friend’s antics, and decide to arrest him, and you to boot. Sitting in jail, you must perhaps be contemplating your life choices. Perhaps you should not have agreed to the money laundering. Maybe you should ask your daughter-in-law for that investment back.

Surely, you do not have time to hire a lawyer and try and make sure your sugar mill does not oust you as a CEO. Surely, you have better things to do in jail than salvage your own ego.

And to be crystal clear, the above hypothetical is not something Profit is saying. No, that is what a Joint Investigation Team (JIT) set up by the Supreme Court has accused Anver Majid of in its final report issued in December 2018, in a case involving ‘fake accounts’ set up to conduct money laundering for former President Asif Ali Zardari.  According to the JIT, most of the Omni Group’s companies acted as shell companies, and as a front group for Zardari himself.

However, what is fact, (or at least well-documented on the Pakistan Stock Exchange), is that while sitting in jail in January 2020, Majid found out that the company was going to hold an annual general meeting (AGM) of its shareholders, and subsequently sued the company in February 2020. Majid is not only the CEO, but he is also a director and holds 51.3% of shares in the company. Majid’s lawyers said the company was taking advantage of the fact that he was behind bars, and conducting an AGM without prior notice to Majid, which was a mandatory requirement.

So, a stay order was issued by the court, which prohibited Ansari Sugar Mills from holding the AGM. That stay order has been in place since February 2020. In the latest update, the stay order was upheld on October 14, which means that the AGM cannot be held till the next date of hearing (which is set for October 25).

In effect, Anver Majid is not willing to cede control of the company he owns – legitimately or otherwise – even from his jail cell.

One might expect a company to appoint a new CEO in the absence of the old CEO, particularly if the old CEO is stuck in jail due to the biggest corruption scandal in the country’s history. The SECP has also not appointed an interim CEO in the meantime (though as co-defendant in Anver Majid’s lawsuit, it is possible that they are prevented from taking further action until the stay order is lifted).

In fact, maybe in some perverse way, it could be said this is a sign of a good CEO; that he is still thinking of the company even when imprisoned. How very loyal indeed.