In the outgoing week, the Pakistani rupee remained largely stable with marginal gains in the last fourth session 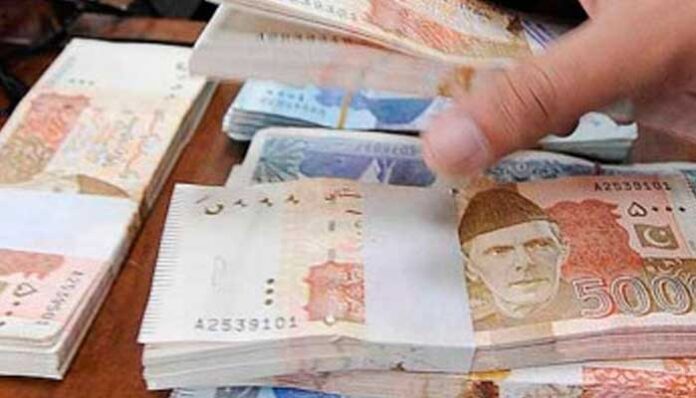 KARACHI: Pakistani rupee is likely to remain stable or weaken marginally against the United States dollar in this week starting from January 18.
The Pakistani rupee’s outlook remains stable in the near-term given positive developments on the economic front, said traders.
The likelihood of a resumption of the suspended International Monetary Fund (IMF) programme, positive macroeconomic indicators, and sizeable improvement on the external account front would back the rupee in the days to come.
A foreign exchange trader said the local unit is expected to follow a range-bound trading pattern for the next week. “However, any uptick in the US dollar demand for import payment, especially oil, could hamper the rupee’s stability.”
Another trader said the local unit may trade on the backfoot to the dollar in the coming sessions if an expected demand for the dollars emerges in the market and supplies diminish. “The next range should be between Rs160.25 and Rs160.75,” he added.
In the outgoing week, the Pakistani rupee remained largely stable with marginal gains in the last fourth session. It remained between Rs160 and Rs160.50 through the week and gained Rs0.24 in the interbank market from Tuesday to Thursday last.
The rupee was supported by muted demand, strong inflows from export and remittance, and positive sentiment about the country’s economic outlook.
But a sudden demand for import payments during the last session limited the gains as the rupee closed at Rs160.33 on Friday last. The decline in the State Bank of Pakistan’s (SBP) foreign exchange reserves affected the traders’ sentiment. The central bank’s forex decreased by $12 million on January 8.
The country’s current account posted a surplus in the five months of the current fiscal year because of the market-determined exchange rate regime, increase in remittances, lower energy import bill, and subdued local demand. Pakistan posted a surplus of $1,640 billion in July-November of the current financial year to a deficit of $1,745 billion in the same period last fiscal year.
The encouraging industrial output numbers and stable outlook for Pakistan’s economy, as well as the banking sector by the latest Moody’s report positively impacted the rupee.
The large-scale manufacturing (LSM) index grew 14.45 per cent in November, while cumulatively, the index picked up 7.4 per cent year-on-year in the five months of the current fiscal year. The market expects the LSM index to remain upbeat owing to accelerating manufacturing operations, improvement in aggregate demand, and new investments.
Markets expect continued monetary easing by the SBP, as they have correctly identified the second coronavirus pandemic wave as a key downside risk to growth and forecasting a 1.5 per cent to 2.5 per cent GDP growth in FY21.