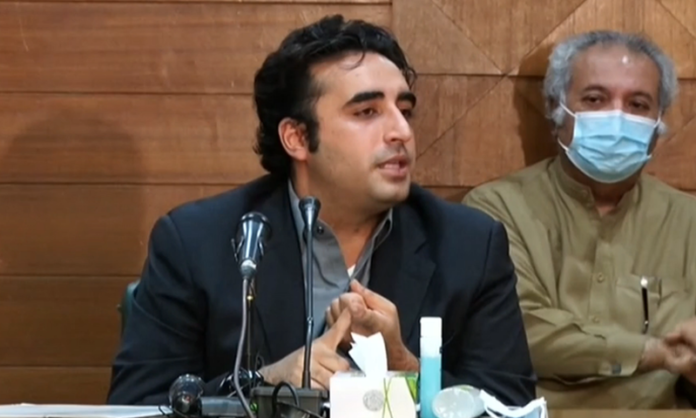 KARACHI: Pakistan Peoples Party (PPP) Chairman Bilawal Bhutto Zardari has termed the recently-promulgated State Bank of Pakistan (SBP) ordinance as dangerous for the people of the country, saying that step is illegal and tantamount to an attack on Pakistan’s sovereignty.

He demanded the government to withdraw the ordinance immediately.

Bilawal also lashed out at the government over rising inflation in the country. The PPP chairman said that the government made special assistant “a scapegoat” in the petrol fiasco while the whole cabinet took the decisions. “We demand that all those ministers who were part of the decision-making process should step down.”

He said that it is “a historical scandal” and the PPP will not accept this robbery. “Some individuals benefited from the petrol crisis,” he added.

On Friday, Prime Minister Imran Khan had asked Nadeem Babar to step down from the position for a 90-day period, during which the Federal Investigation Agency (FIA) will conduct a forensic investigation into the “criminal acts” that led to the June 2020 fuel crisis.