While the joint-venture has done well generally, Saudi Pak Leasings’ never managed to recover from the 2006 financial crisis 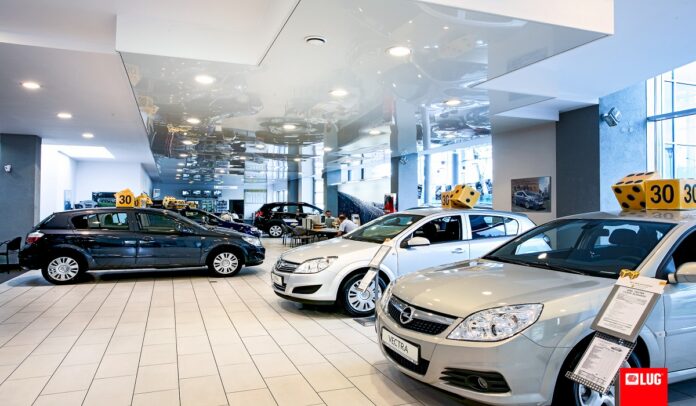 Can a company have ‘Saudi Pak’ in its name if the ‘Saudi Pak’ factor in question decides it wants nothing to do with it? Or for that matter, can a company have ‘leasing’ as part of its name, if the last time it leased anything was more than a decade ago, way back in 2010? These are not philosophical questions, they are legitimate questions that Saudi Pak Leasing is facing. It won’t be Saudi or Pakistani any more much longer, and leasing it never really got around to anyway, at least not in the last decade. So what will it be instead? Profit thinks a name change is in order, at the very least.

Let us unpack the chain of events. On March 19, Saudi Pak Leasing issued an invitation for  expression of interest. Essentially, the parent company Saudi Pak Industrial and Agricultural Investment Company Ltd. (known as Saudi Pak) has decided to divest its entire investment in the leasing company. That is 35.6% of the leasing company.

This action is simultaneously unusual, and yet also expected. It is unusual because the leasing company is part of the flagship brand of the original Saudi Pak. That company was incorporated in 1981 under a joint venture agreement between the Kingdom of Saudi Arabia and Government of Pakistan with initial authorized capital of the company of Rs1,000 million (as of December 31, 2019 paid up capital of the company is Rs6,600 million). The original Saudi Pak was the second largest of the three investment companies set up by the Government of Pakistan as a joint venture with other sovereigns. The Saudi Government holds 50% equity stake of the joint venture, with the other 50% held by Pakistan.

Generally, other than Saudi Pak Leasing, the joint venture has done well. Cumulative loan disbursements to sectors of economy like manufacturing, energy, services etc. aggregated to Rs72,599 million as of December 2019.

Along the way, the company acquired Prudential Bank in 2001, renamed it Saudi-Pak Commercial Bank, and sold it as a considerable profit in 2008 (it is now Silk Bank). It also constructed a 20 storey high-rise building in Islamabad for its head office, and at the time was a landmark in the city.

Neither one is doing particularly well: the 2019 real estate market was sluggish, for instance, affecting SPR. But it is Saudi Pak Leasing that has done abysmally. From another perspective, Saudi Pak’s tower in Islamabad has made more money than that entire company (it has revenue of Rs379 million in 2019; the last time Saudi Pak Leasing had comparable revenues was in 2010.)

So, what happened? Turns out, the 2008 financial crisis absolutely crushed the company, and was a blow it is still trying to recover from. Before that period, it was doing well, with revenue slowly increasing from Rs358 million in 2001, to Rs722 million in 2007. In 2006, it was the fifth largest leasing company in Pakistan in terms of asset size. Even in 2008, it was easy to be optimistic. In that year’s annual report, the focus was still on commercial banks, maybe squeezing out leasing companies. In fact, the only line it had to say was this: ‘the uncongenial macroeconomic environment will continue to challenge our bottom line … [but] the strengthening of our risk management function will provide us a shield against the probable risks).

And yet with each year, the problem grew. Look at the language from 2009: “ It is now a matter of grave concern that the leasing sector is passing through a severe liquidity crunch induced by stoppage of financing by the Commercial Banks and Development Finance Institutions and lack of financial support from Government and SBP. It is time that both the regulators, SECP and SBP, take immediate and supportive measures before the NBFC sector is irreparably damaged.” And that is how that year, due to freezing of credit lines and non availability of long term funding, the lease and loan disbursements decreased to Rs851 million, compared to Rs3,249 million the year before.

Then in 2010, came the beginning of the end. “The continuous liquidity crunch and higher cost of doing business is posing serious challenges to the company. Due to the liquidity crisis, the company could not undertake the new business, resulting in further erosion in lease and loan portfolio during the year.”

There would never be any further new business. There is now a blank section for the entire new decade to follow, as Saudi Pak Leasing tried to get a handle on the situation. Because of the severe liquidity crunch, the company had to manage its affairs out of funds generated through settlements, and recovery of a stuck up portfolio.

This meant that the company’s entire business model now relied on the goodwill and efficiency  of the Pakistani legal system. Good luck to whoever tries. As the company itself noted in its 2020 annual report: “The Company is trying its level best to recover as much as possible from the non performing portfolio. Due to lengthy and complex legal processes, the pace of recoveries through courts is very slow. Therefore, the main factor for the present position of the Company remains the slow pace of court’s proceedings resultantly affecting the pace of recoveries. Future prospects of the Company heavily rely upon recoveries through court decrees/out of court settlements.”

It seems like Saudi Pak is finally trying to get rid of this 10 year long headache.