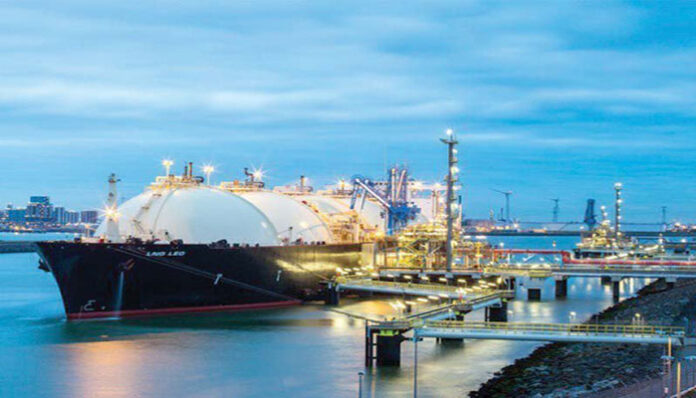 ISLAMABAD: The National Accountability Bureau (NAB) has launched an inquiry against Pakistan LNG Limited (PLL) for paying an additional amount of Rs7 billion to foreign Liquefied Natural Gas (LNG) companies in the name of port charges.

The Petroleum Division had constituted an inquiry committee to analyse the transactions on November 12, 2020.

According to sources, the four-member committee headed by Ministry of Energy Joint Secretary, Sajid Mehmood Qazi, verified the excess payments with the help of a firm in Britain and has held former PLL managing director (MD), Adnan Gillani, and ex-chief financial officer (CFO), Nadeem Nazeer, responsible for the unnecessary heavy payment.

“The Petroleum Division has submitted a 31-page inquiry report into the matter to the Rawalpindi National Accountability Bureau (NAB),” sources added.

However, sources told Profit that Sajid Qazi, who is on the PSO board and aware of the issue from the beginning, allegedly attempted to cover up his and the ministry’s incompetence and inaction in the report.

“Qazi may very well have a conflict of interest as part of the board which had made these excess payments for 5 years. Also, interestingly, no one from  Pakistan State Oil (PSO) is implicated in this issue,” they added.

As per details, PLL through a letter dated November 3, 2020, had informed the Energy Ministry about a payment that was against LNG purchase agreements. The PLL stated that its management had conveyed the issue of overbilling to suppliers in November 2018. However, one term supplier did not agree with the stance while another term supplier preferred to keep mum on the matter and did not respond.

Profit also learnt that two term suppliers were given above 80 per cent payments.

At the time, PLL’s management formed a committee to resolve the matter and suggested stopping additional payments to spot suppliers of LNG in 2019. This committee recommended continuing payments to the said two term suppliers on the basis of term and spot supply to maintain good relations.

Similarly, the management was informed about excess payments under contract and the legal department also agreed to take action and stop the deposits. However, instead of stopping payments, then MD Adnan Gillani and CFO Nadeem Nazeer remained engaged in discussions with LNG suppliers and the Port Qasim Authority (PQA).

Besides this, approved port charges are explained in detail in the PLL’s LNG contract. But an external legal opinion was not sought till August 2020 whereas a preferential treatment was made with two LNG suppliers.

When contacted for comment, Adnan Gillani said that it was the PLL that had flagged the issue under him. “It was I who identified the issue and developed an action plan after thorough investigation.

He said that a committee headed by the CFO is responsible for all payment authorisations.

“The person who identified a fault, which was in operation for three years before him, and ordered action to save billions for Pakistan, is being persecuted to cover up the government’s incompetence,” he said.

Gillani pointed out that after his removal, no one in the PLL followed through on action against the dubious payments for almost a year and a half. “It strange that clear directions on the issue of excess payments to LNG suppliers were given in July 2019 but were not followed till October 2020,” he said.

About the report of the inquiry committee headed by the Ministry of Energy Joint Secretary, Sajid Mehmood Qazi, Gillani said the report is erroneous and malicious.