PM thanks expats for remitting $1bn through Roshan Digital Account 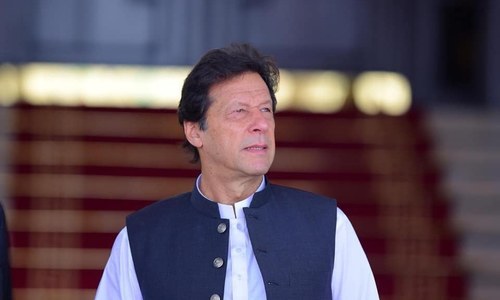 “Alhamdulillah, funds received through Roshan Digital Account have crossed $1bn. I would like to thank our overseas Pakistanis for their overwhelming response,” the prime minister wrote on his official Twitter handle.

He also appreciated the efforts of State Bank of Pakistan (SBP) and banks for achieving this significant milestone in such a short period.

Alhamdulillah, funds received through #RoshanDigitalAccount have crossed $1bn. I would like to thank our overseas Pakistanis for their overwhelming response; also appreciate the efforts of SBP & banks for achieving this significant milestone in such a short period. #1billionRDA pic.twitter.com/YNksGLXzpM

Roshan Digital Account is a major initiative of State Bank of Pakistan (SBP), in collaboration with commercial banks operating in Pakistan. This provides non-resident Pakistanis with an opportunity to remotely open an account in the country through an entirely digital and online process without any need to visit a bank branch.

According to the State Bank’s data, the RDA inflows were recorded at $9 million in September last year, $42m in October, $110m in November, and $250m in December last year.