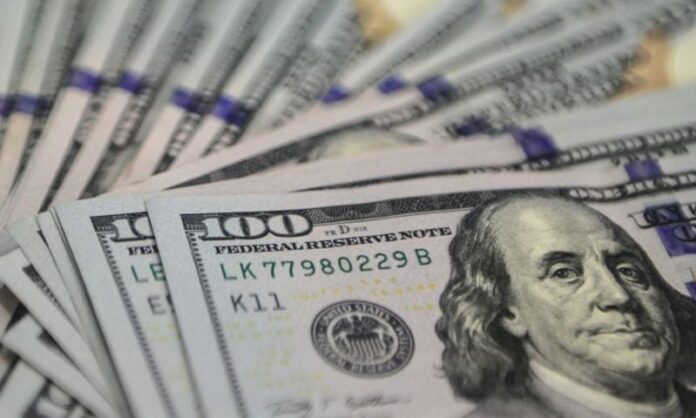 The country’s external debt servicing will remain over $10 billion a year for the next two years, as the government weighs its debt-related foreign inflows position to meet the mounting foreign obligations that keeps it dependent on global lenders.

According to a report by the Express Tribune, the ministries of finance and economic affairs held a meeting to take stock of the situation, which suggested that the government would have to keep the International Monetary Fund (IMF), the World Bank and the Asian Development Bank (ADB) on its right side.

The $10 billion a year external debt servicing is exclusive of the foreign loans that Pakistan has taken in the shape of deposits from the United Arab Emirates (UAE) and China.

The $2 billion of the UAE and China’s $4 billion are expected to be rolled over, reducing the repayments by the same amount.

The meeting was informed that against the current fiscal year’s expected inflows of $14.4 billion, the disbursements of loans might remain around $12 billion, the officials said. Up to $2.5 billion shortfall will be because of only $500 million disbursements by the IMF and no disbursement from the $1 billion Saudi oil facility.

The meeting also reviewed the possibility to fast track disbursements of over $16.5 billion foreign loans that Pakistan has signed but remain undisbursed due to long gestation periods of the projects and not fulfilling conditions.

The meeting was informed that these loans would be disbursed subject to resolution of all the outstanding issues. The government also does not have sufficient fiscal space in the budget to provide rupee cover to these foreign loans.