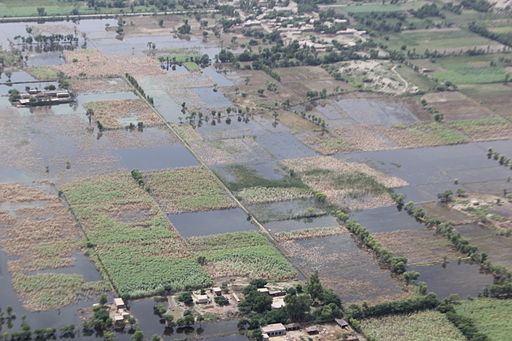 The Asian Development Bank (ADB) and World Bank (WB) in a joint study titled “Climate Risk Country Profile” for Pakistan have estimated that Pakistan is facing up to $3.8 billion in annual economic loss due to climate change as temperatures are likely to witness an increase of up to 2.5 degrees Celsius over the next two decades.

It findings have put Pakistan among the top risk-prune countries in terms of increase in average temperatures and resultant economic and social losses.

“Pakistan faces increases in average temperatures significantly above the global average with a potential rise of 1.3°C-4.9°C by the 2090s over the 1986-2005 baseline,” the study said, noting that Pakistan faced “some of the highest disaster risk levels in the world, ranked 18 out of 191 countries by the 2020 Inform Risk Index”.

The global average by 2080-99 is estimated at about 3.7°C under the highest emission estimates.

Projections also “suggest yield declines in many key food and cash crops, including cotton, wheat, sugarcane, maize, and rice”, while a rise in the frequency and intensity of extreme climate events will increase disaster risk, particularly for vulnerable poor and minority groups.

The study found that cities in Pakistan’s northern regions will be strongly impacted.

The study said that “changes should be seen in the context of the increasing impact of the urban heat island effect, driven by urbanisation, and identified in cities such as Lahore and Peshawar”.