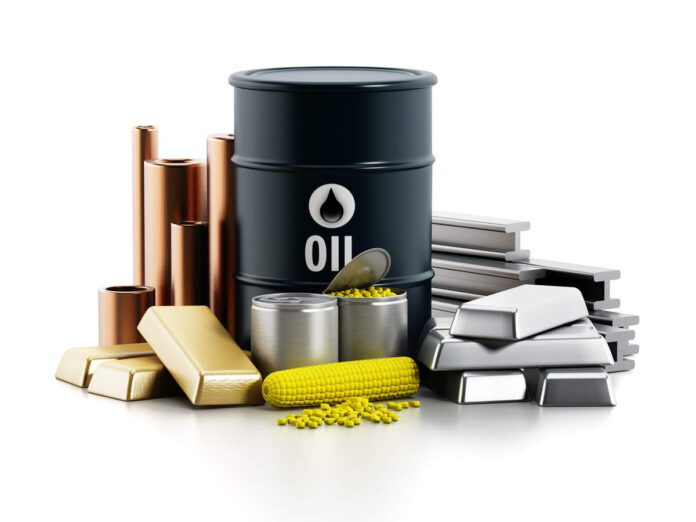 Pakistan has had odd luck with the pandemic. When it ravaged the global north, Pakistan went into lockdown, and escaped the worst of it. And yet when the world sighed with relief when vaccinations went into force, to date, Pakistan has only vaccinated 2.1% of its population. As the world moves forward, Pakistan – and other developing countries – seem to still be in limbo, with the country not fully back to normal.

And yet the world is moving back to normal, whether Pakistan likes it or not. Witness, as one example, the surge in commodity prices. In a research report released on July 12 by AKD Securities, an investment bank, the report noted that commodities had continued their rebound from multi-year low, and in fact recorded its strongest run in a decade in fiscal year 2021, with a 54.7% year-on-year increase due the optimism surrounding normalcy amid vaccine roll-out. And as international prices rise, so are Pakistani commodities affected, including, oil, coal, scrap, diammonium phosphate (DAP) fertilizer, cotton, and the FAO (Food and Agriculture Organization) price index.

First, in the realm of oil, global crude oil prices have averaged at $73 per barrel in June 2021, which is a two year high, and an increase of 50% year-on-year. According to AKD Research, “Easing travel restrictions courtesy vaccination rates ramping up in US and EU regions, drove the oil price gains..increasing demand with constrained production from OPEC+ and stable US production levels led to decline in global oil inventory.”

But there are still problems ahead: OPEC in its monthly meeting of July 2021 failed to reach a conclusion on increasing oil production from August 2021 onwards. And because the alliance is still maintaining 50% of production cuts introduced in 2020 because of the pandemic, whatever decision it makes will shape oil output, and consequently oil prices in the months to come.

Meanwhile, coal prices have averaged for June 2021 at $114.3 per ton, up 12.7% against $101.4 per ton in May. There are multiple reasons for this: a shortfall of natural gas, flooding in Indonesia and Australia, and a trade war  between Australia and China.

What does this mean for local players? Manufacturers in Pakistan have increased prices byRs25-30 per bag in the last month to pass on the cost in coal prices. Yet, according to AKD Research, “In our opinion, another Rs15-20 per bag increase will be required to fully pass on the increase in coal costs…local players have ample pricing power to increase prices.” Additionally, the report said that coal prices were likely to remain elevated in the near to medium term.

In the world of scrap, prices had jumped to an astonishing 7-year high, at $506 per megaton compared to the 2020 average of $287 per megaton. Most of this is to do with one country, China, as it lifted restrictions on the import of scrap after local Chinese scrap prices made multi-year highs. To consider: China managed to import 763,000 tons of scrap in April, or twice the total imports of the entire year of 2020. What about China’s neighbors to the south? Pakistani local steel manufacturers increased their local rebar prices to Rs155.5-157.5  per ton.

Meanwhile, DAP prices shot up to $618 per megaton in June 2021, or an increase of 6% month-on-month, because of a global shortage in the commodity. This has meant the local DAP price has shot to Rs6,400 per bag, compared to the usual price range of Rs5,800 per bag. In Pakistan, 60% of DAP consumption is imported: so it is a disruption in the regional supply chain which is causing a rise in local DAP prices. According to AKD Research, FFBL, the only local DAP producer, may continue to capitalize on the supply shock in upcoming months, given that more gas becomes more readily available.

Oddly enough, it is cotton prices that have remained flat on the international level with an increase of 4% month-on-month. This is not expected to last: according to AKD Research, cotton prices are expected to surge as demand outstrips supply. Cotton prices in Pakistan stand at Rs13,696 per maund, which is the highest it has ever been since 2011. The government is predicting that cotton production will reach 10.5 million bales in fiscal year 2022. Achievable? Probably: the high prices should lure farmers towards cotton over other crops.

And finally, it is the FAO Index that has witnessed a decline, for the first time in 12 months, ar 124.6 points in June 2021. Yet according to AKD Research, this was a good thing for Pakistan: “The diminishing global food prices is a welcome trend from Pakistan’s perspective which should likely put inflationary trends in check.”