LCCI demands representation in OGRA Board 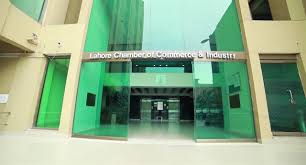 LAHORE: The Lahore Chambers of Commerce and Industry (LCCI) has demanded a representation in the Oil & Gas Regulatory Authority (OGRA) Board as well as the prices of petroleum products be fixed for the private sector for at least three months.

OGRA Member (Oil) Zainul Abidin Qureshi called on the LCCI President, Senior Vice President and other officials and members at the LCCI here on Saturday.

“Whenever there is a fall in the price of oil in the international market, OGRA should pass on the benefits to the consumers. Rising prices of petroleum products lead to inflation and in view of this difficult economic situation, the government should reduce the petroleum levy to provide some relief to the people. Doing so will reduce the current rate of inflation. Similarly, the LCCI should be represented on the OGRA Board to review the prices of petroleum products and approve the summary to be submitted to the government for the final decision,” Misbah suggested.

He informed that some members of LCCI and fuel station owners have complained that whenever a problem was raised with the petroleum companies, they [fuel station owners] often face severe challenges due to the unprofessional behaviour of the companies.

“Since all petroleum companies operate under OGRA, they should be instructed to be professional with their customers and ensure justice,” he added.

Expressing concern, the LCCI member informed the member OGRA that it was receiving reports that expensive LNG was being procured to deal with the gas shortage in winter, however, the business community should be made aware of this.

However, the member OGRA said that the role of petroleum products in the national economy was very important and the local oil demand was being met by 60 per cent import and 40 per cent local production.

“Oil prices are set according to the Gulf market. Fluctuations in the value of the dollar affect the price of oil, the petroleum levy is enforced by the federal government and the sales tax is levied by the provinces. Gas demand is growing by ten to fifteen per cent annually,” he said.