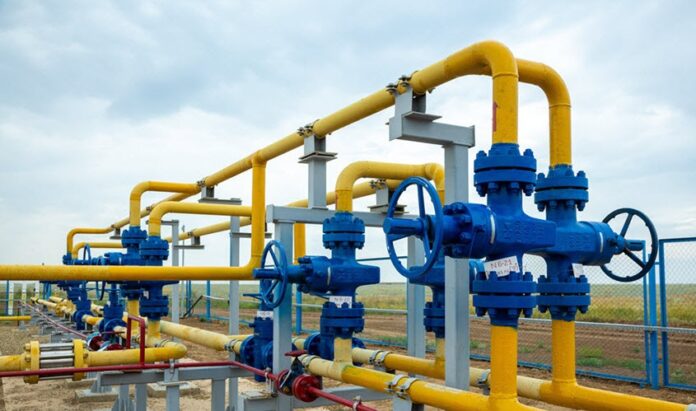 The project is expected to be completed by the end of December, 2021, according to an official document available with APP.

Similarly, a 20-KM pipeline is being laid to provide 40 MMCFD gas to Allama Iqbal Industrial City SEZ, which is scheduled to commence in the first quarter of 2021- 22.

In order to supply 5 MMCFD gas to Allama Iqbal Industrial City on a temporary basis, a 2km main supply line had already been laid and commissioned by extending the existing network of M-3 Industrial City whereas, a project is being launched to address the acute low gas pressure issues during winter season in Mardan and Peshawar regions at an estimated cost of Rs2,296 million for system augmentation of transmission Charsadda-Khazana-Tangi pipeline, the documents state.

The SNGPL is confident that a 22km transmission main line from Barki to Sunder and a 10 km from Dial to G.T Road is expected to be completed by December.

On the SSGC’s network, a 3.5km pipeline would be constructed at a cost of Rs149.41 million for supplying 13 MMCFD gas to Bin Qasim Industrial Park.

The company also got approval for laying 8.7km pipeline to supply 10 MMCFD gas to Bostan Special Economic Zone (SEZ) at an estimated cost of Rs732 million.

During the current fiscal year, the two companies would collectively invest Rs17,571 million on transmission projects, Rs91,812 million on distribution projects and Rs3,156 million on other projects, bringing the total investment of Rs112,539 million.

During the first eight months of the last fiscal year, the companies provided gas to around 70 villages and towns, laid 143km of gas transmission network, 2,616km distribution and 886km services lines across their operational areas.

Pakistan has an extensive gas network of over 13,315km transmission 149,715km Distribution and 39,612km services gas pipelines to cater for the requirement of more than 10.3 million consumers across the country.