After nearly a century of success, Mahmood Group embarks on a retail dream 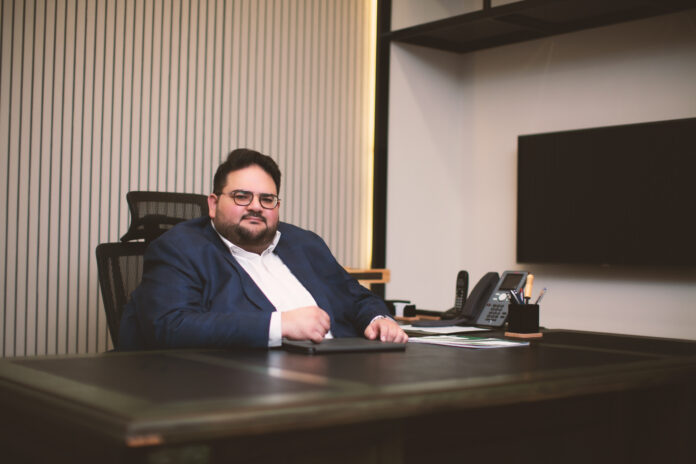 Nearly a century ago, Khawaja Muzaffar Mahmood set up his first leather tanning business. His son Khawaja Muhammad Masood along with his brother further expanded the leather tanning business and started a textile mill in Muzaffargarh, now well recognized as Mahmood Textile Mills. Since then, the company has evolved into Mahmood Group which is now a conglomerate and run as a family business with a global presence in more than 70 countries. The group’s diverse businesses include leather tanning, textiles, food, and real estate.

Although since its inception, the company grew massively in both; textile and leather, its operations were seriously affected during Bhutto’s era of nationalization. Like many other large businesses, Mahmood Group also lost their factories to nationalization and in those uncertain times, Khawaja Masood’s timely decision to shift the focus to farming reduced significant damages to the business. He invested in agriculture and started growing cotton, a product that he was familiar with and also yielded great results. Once the situation with nationalization improved in 1970s, Mahmood Group took back the position off their factories. Then, under the leadership of Khawaja Masood, the company repositioned its business model and transitioned from merely growing cotton to producing yarn and weaving fabric and this timely strategic move helped with the growth of the company, even in changing political and economic environment.

“Today, Mahmood Group has 12 diversified companies under its umbrella with over $800 million annual turnover as of 2020. Apart from producing fabrics, we have a fully equipped stitching unit called ‘Multan Fabrics’, and a woven stitching unit called MG Apparel and we remain the largest leather exporter in Pakistan. In real estate, we have a joint venture with the hotel and hospitality giant, Avari group. In the education sector, we have a joint venture with City College Multan” explains Jawad Khawaja, the director.

Moving forward, Mr. Jawad Khawaja unveiled ambitious business plans for the group and embarked into retail fashion industry by launching Beyond East, which focuses on western and fusion wear. Mr. Jawad Khawaja before joining the family business was trained in textiles and since this was also his family’s legacy business, he felt the need to revolutionize fashion retail by bridging the gap in the local retail market with Beyond East. “We were already exporting yarn, fabric, and leather to many renowned international fashion houses including Tory Burch, Zara, Dockers, and Calvin Klein and have the expertise in providing premium materials hence we are confident that launching Beyond East is the right next step towards business expansion. Also, I saw a huge gap in Pakistan’s fashion retail especially for western and fusion wear which convinced me to launch Beyond East” says Mr. Jawad while explaining the inspiration behind Beyond East. The purpose of Beyond East is to redefine the image of fashion by offering people western and eastern attires with an iconic design philosophy and offering collections that include a wide range, keeping both international trends and eastern aesthetics in mind.

For Mr. Jawad, it marked the triumphant point when each and every business domain turned out to be a massive success for him, from managing multiple Subway branches in Multan as a starting point to fully entering into the hospitality business by launching ‘London Courtyard’, a popular restaurant both in Multan and Lahore followed by another restaurant ‘Aangan by LCY’, which offers Pakistani cuisine in Multan launched in 2019.  Talking about Beyond East Mr. Jawad said, “We want to revolutionize the local fashion market by offering a one-stop apparel platform to our audience. Currently, in the eastern category, we are offering pret, casuals, and evening wear along with unstitched fabrics. There is western wear for men and women. In the future, we plan on expanding our product lines with perfumes, cosmetics, accessories, and footwear,” he explains.

In recent years, Mahmood Group has grown massively under the auspicious leadership of Jawad Khawaja. A constant urge has always stirred up his passion to delve into new avenues of business where he can take his family legacy towards the path of unwavering success. For Jawad, joining Mahmood Group was not only a matter of joining a family business – it was about inheriting a legacy. He completed his training in spinning, weaving, and ginning and also had expertise in the textile business. “It is a family tradition to join MG. My brother was already in the business so I did not feel a lot of pressure to join immediately, I utilized that time to get trained in the relevant fields,” he explains.

In his business victories and accrual of wealth, Jawad also faced many challenges as the coronavirus pandemic hit the world. During such unprecedented times, entering into the fashion retail was an ardent decision “Initially, it was a difficult time for the local industry. However, with the increasing severity of the covid situation in India and Bangladesh, many US and European buyers shifted their focus to Pakistani textile and garment manufacturers. It also taught the industry to offer consistent quality every time to ensure long-run business,” he says. Mahmood Group takes immense pride in its export businesses. “Our businesses are mostly based on exports which generate foreign exchange, increasing aggregate demand that leads to higher economic growth. Our vast network has helped in creating jobs and provided employment opportunities to more than 11,000 people. Along with that, sustainability has always been at the forefront of our agenda. We are proud to represent Pakistan in the global market by manufacturing quality products that are exported all around the world. Now with Beyond East, we want to provide high-end apparel that is designed in conjunction with the highest global standards but at consumer-friendly prices,” he says.

Mahmood Group’s latest venture into launching an apparel brand is hoping to open new doors of success, but can also bring many challenges. Since the economy is gradually recovering and any major changes in the global economy can slow down the growth in the Pakistani economy as well. “Currency is devaluing rapidly and there is a general economic downturn,” says Mr. Jawad. “From a manufacturer’s perspective, the biggest challenge is to offer quality products that provide maximum value to customers yet are competitively priced. Tackling this is our goal, and is also a challenge for us. In the next five years, I see Beyond East as the go-to brand for our new generation. We plan to open stores in all major cities of Pakistan. We will be launching more product lines soon, making Beyond East a complete apparel solution. I am really looking forward to taking Beyond East to the global arena in the coming years.”

This content is produced in association with Mahmood Group.