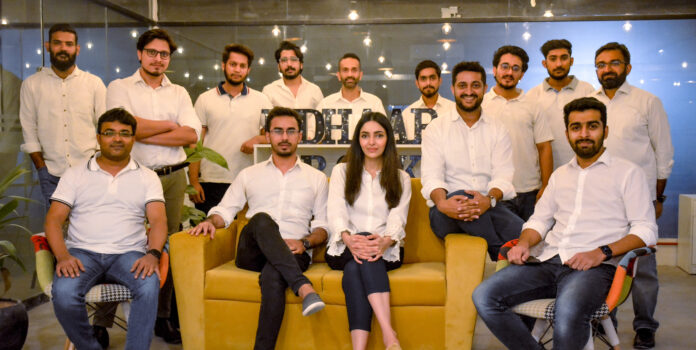 Udhaar Book, which calls itself a super app for Pakistan’s small businesses, has raised $6 million in seed funding from multiple investors to digitise merchant functions such as ledger management.

The seed round was the first institutional round raised by Udhaar Book, and Profit was able to verify and confirm that the amount raised was $6 million but was not raised in one go.

Udhaar Book was launched in 2020 as a digital ‘khata’ or bookkeeping app to help small businesses keep track of sales, expenses and credit extended to customers.

According to the startup founder and CEO Fahad Kamr, the funds will be used to build out Udhaar Book’s super app ecosystem, which now enables small businesses to conduct digital bookkeeping, manage inventory, invoicing, staff attendance, and payroll in a single app.

Similar to Udhaar Book are apps Digi Khata, Easy Khata and Credit Book,  all providing app-based solutions to move micro, small and medium-scale enterprises (MSMEs) from paper-based bookkeeping to digital. The market is estimated to be around 10-15 million MSMEs that can potentially be digitised through these apps.

Udhaar Book provides merchants the ability to manage their inventory and payroll, in addition to accounting and collection needs. Moreover, Udhaar has further collaborated with telecommunication companies to allow merchants to sell mobile top-ups and the startup has added the functionality of bringing MSMEs online by allowing them to set up websites through the Udhaar app.

The Udhaar Book app provides more functionalities to merchants than the competitors which are restricted to sales and credit management only. But it is natural for the competitors to be adding the same features as Udhaar Book to be equally appealing for MSMEs.

Fahad says that the sum will be spent on improving the product, helping merchants further improve on digitisation.

“There are still few things that need to be done in terms of helping the merchant really digitise,” he says. “It stems from ethos and philosophy of the company which is how do we help the merchant free up the time so that he either helps himself grow the business or he can spare sometime and spend it with friends and family. We started this company to solve those two problems.”

“The balance is going to go towards customer acquisition and growth,” he adds.

All four of the aforementioned ledger apps have crossed one million downloads on Google Play Store and Udhaar Book claims that in the past three months, its monthly active users grew 300 per cent, with over 1.4 million registered users across 421 Pakistani cities and regions and 510,000 monthly active users.