Chinese Companies ready to invest billions of dollars in Pakistan 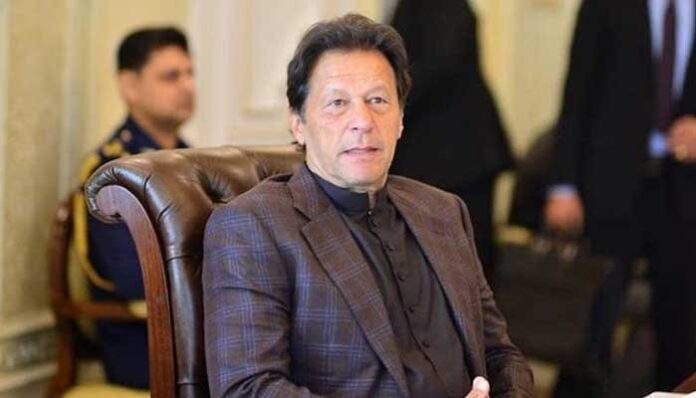 ISLAMABAD: Prime Minister Imran Khan is all set to meet Chinese President Xi Jinping with a list of measures aimed at seeking China’s support in stabilisation of Pakistan’s ailing economy.

Economic agenda would be at top of Khan’s priorities as Khan would sit down with the political elite of China.

Khan Wednesday chaired a preparatory meeting to give final  touches to his upcoming visit to Beijing here at the Prime Minister’s House.

Sources privy to the details told Pakistan Today that two consortium and 17 companies have been identified who are interested to investing in ten sectors in Pakistan.

“At least one investment has been identified as ready to execute with US$ 250 million while 6 MoUs are ready to be signed with a cost of US$ 10.4 billion,” the sources said.

The source said a company has purchased 100 acres of additional land to establish a Special Economic Zone of world standard with investment of US$ 250. Meanwhile, a major fashion company has invited fellow textile companies to invest in Pakistan a cluster of textile companies.

“They plan to have exports of US$ 400 million and employ 20,000 Pakistani youth within two years,” the sources said.

The sources said that expression of interest has been identified by 12 companies with US$ 21.52 billion.

The source said that Pakistan is looking at integrating Pakistan into the Chinese industry and technology supply chains.

Khan, who is visiting Beijing after a two-year-gap, is set to attend the opening ceremony of Winter Olympics being held in Beijing on February 4. The premier would also hold very important meetings with Chinese President Xi Jinping, Prime Minister Li keqiang and other key officials of the CPC during the four-day visit.

The premier may also ask his Chinese counterpart to roll over the loans taken by Pakistan for different projects including the energy sector under CPEC. The government of Pakistan has already settled its issues with the independent power producers (IPPs) by reducing the rate of return.

Khan also may hold meetings with the Russian President Vladimir Putin and the heads of state of five central Asian states in Beijing.

Khan’s important visit to China would help take the strong bilateral relations between the two countries to new heights.

The prime minister was given a detailed briefing on projects related to China-Pakistan Economic Corridor, Special Economic Zones, trade, information technology and agriculture.

PM Imran Khan, on the special invitation of the Chinese leadership, is visiting China from February 3 to 6, the Foreign Office said on Wednesday.

“Prime Minister Imran Khan will visit China from February 3-6 to attend the opening ceremony of the Winter Olympic Games,” the FO said in a statement issued ahead of the visit.

The prime minister will be accompanied by a high-level delegation including members of the cabinet and senior government officials.

As a global event, the Olympic Games foster mutual understanding, inclusivity and friendship among the peoples of the world. Beijing will soon become the first city to host both summer and winter editions of the games.

“It is highly admirable that the Chinese government has made meticulous arrangements for holding the Winter Olympic Games despite the Covid-19 pandemic,” according to the statement.

“The leaders will review the entire gamut of bilateral relations, with a particular focus on stronger trade and economic cooperation including CPEC,” it said.

A number of memorandums of understanding and agreements will be concluded during the visit.

In Beijing, the prime minister will also meet prominent business leaders of China and representatives of leading Chinese think-tanks, academia and the media.

He will also have other bilateral interactions on the sidelines. The two sides will also hold a wide-ranging exchange of views on major regional and international issues.

The prime minister’s visit will mark the culmination of celebrations commemorating the 70th anniversary of the establishment of diplomatic relations between Pakistan and China, with more than 140 events organised to showcase the resilience of the All-Weather Strategic Cooperative Partnership amidst the Covid-19 pandemic and the unfolding international situation.

“It would thus renew the bilateral commitment to taking the iron-clad partnership between Pakistan and China to new heights and add impetus to cooperation across multiple domains,” the FO statement said.

In addition to these issues, PM Imran’s visit has also significant importance for Pakistan and China in the wake of instability in Afghanistan.

Sources said that Pakistan would particularly seek support of China to ramp up investment in the energy space.

It is comparatively easier for the government to discuss matters pertaining to the power sector as it has made considerable progress on the lingering issue of Rs230 billion withheld payments to the Chinese power producers.

The prime minister’s visit is taking place after nearly two years and will, therefore, provide an opportunity for both sides to have a look at the state of bilateral cooperation and discuss more projects.

The Foreign Office said that during his visit, Khan would hold meetings with President Xi Jinping and prime minister Li Keqiang.

“The leaders will review the entire gamut of bilateral relations, with a particular focus on stronger trade and economic cooperation, including CPEC,” it said.

Around six memoranda of understanding (MoUs) and agreements are likely to be concluded during the visit.

In Beijing, the prime minister will also meet prominent business leaders and representatives of leading think-tanks, academia and the media. He will also hold interactions on the sidelines of various events.

Last week, Khan was updated on the ongoing talks with China on “concrete plans for enhancing cooperation in the fields of investment, trade, information technology and exports,” the Prime Minister’s Office (PMO) said.

During the visit, the two nations are also expected to hold a wide-ranging exchange of views on major regional and international issues.

“It would thus renew the bilateral commitment to taking the iron-clad partnership between Pakistan and China to new heights and add impetus to cooperation across multiple domains,” the statement concluded.