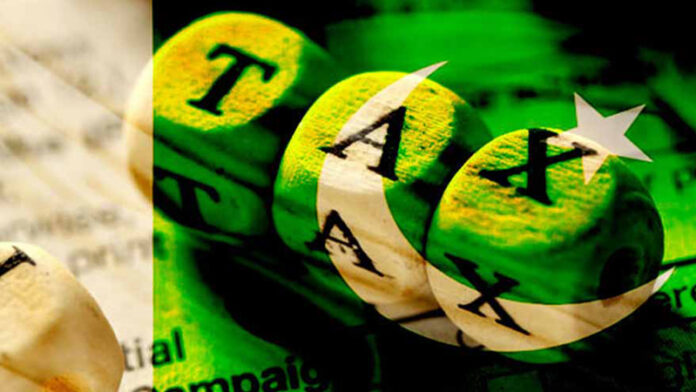 Pakistan has had a consistently low tax-GDP ratio for decades, staying below peer countries and barely touching 12 percent in a boom year, only to fall back to single digit as the boom turns into a bust.  Due to a worst in class tax-GDP ratio, Pakistan continues to grapple with perennial fiscal deficits, which are funded through borrowing, eventually crowding out private sector credit, and hurting formation of formal capital in the economy.  Availability of tax amnesty schemes every few years also sets a precedent that it is perfectly fine to avoid paying taxes, because there will always be yet another amnesty scheme through which one can pay only a fraction of undeclared capital, and magically become a taxpayer.  In the presence of such distortion, there exists little incentive for anyone to pay taxes, unless the same is collected forcefully on the basis of consumption, or through taxing the already taxed.

The recent imposition of super tax is an extension of bad tax policy decisions that have been taken over the years, whether that was imposition of tax on withdrawal of cash (which resulted in an unintended consequence of a perpetual and permanent increase in cash in circulation), or whether it was availability of various amnesties during last few years, or simply continuation of one-time super taxes for years at stretch.  In such an environment of uncertainty, it is difficult for capital allocators to plan for tax efficiently, whether on an entity level, or even on a household level.  The uncertainty in the policy regime which largely targets those already paying taxes incentivizes staying out of the system, and reallocation of capital towards the informal economy, rather than investing in the formal economy.

Contrary to experience in other peer and developed markets, the tax policy is also skewed towards consumption, and incomes, rather than capital.  Most taxes collected in Pakistan are on the basis of consumption, making the regime largely regressive, and anti-poor.  The remaining taxes collected are a mix of corporate taxes, and income taxes, mostly deducted at source.  Due to a regressive regime, corporatization in the country has slowed down, as it is more tax efficient to conduct business as a sole proprietor, or as a partnership, rather than as a corporate.  The incentives are such that income accumulated in the informal economy eventually results in accumulation of capital outside the formal economy, which is never really taxed, unless through an amnesty.  As capital accumulates tax free, the overall size (including both formal and informal) continues to grow, but is never really taxed.  In the country, there is no taxation of long-term capital accumulation, whether that be in real estate, agricultural land, or any other asset class.  This ensures that accumulation of capital is done in asset classes which are untaxed, further restricting the ability of the state to expand its tax net.

The tax policy in the country requires a re-think.  The same has been said and discussed innumerable times, but the only way out of a perennial fiscal deficit is a re-think of the tax policy which increases the overall tax-GDP ratio, and that cannot be done by taxing existing taxpayers more.  It can only be done by bringing in more sectors and asset classes under the tax net, and by reducing the size of the informal economy.  Economies across the spectrum of development have succeeded in doing the same, so there is nothing out of the ordinary here. There needs to be a shift from consumption and income oriented taxes to capital oriented taxes, particularly through bringing in more capital in the formal economy.  Deployment of capital in the formal economy needs to be incentivized, rather than be disincentivized.  Current taxation structure actively discourages incumbents from operating in the formal economy.  Such an incentive structure needs to change.  Taxation targets should be set in real terms, and relative to the size of the economy, rather than nominal terms, wherein inflation does most of the work.  The policy needs to be progressive, and pro-investment, rather than being regressive, and anti-investment.