Is a deregulated petroleum market the way to go ? 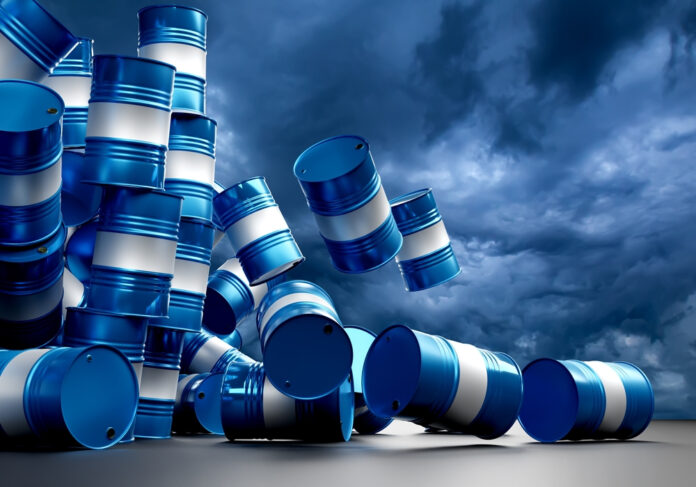 In a recent turn of events, sources have told Profit that the government is considering deregulating the petroleum, oil and lubricant market. This comes at a particularly troubling time for the government, as it is facing record high inflation rates and fuel prices.

Former prime minister Shahid Khaqan Abbasi, has advised the Petroleum Division to prepare a summary that would be presented to the Prime Minister Shehbaz Sharif. Sources also added that “once approved by the premier, the summary would be floated in the meeting of the Economic Coordination Committee (ECC) to seek its necessary approval”.

In an interview given to Profit by Shahid Khaqan Abbasi in 2020, he categorically mentioned that “the cabinet had approved deregulation” during his tenure as the prime minister. However the market was not deregulated as the OMC’s and the Ministry was unprepared. He further went on to say that the market can be deregulated today since the cabinet has already approved it.

A market that is regulated is one that is often subject to some supervision and regulation by governmental entities. The government may decide who may enter the market and what prices they may charge. This is known as market regulation.

Market players’ freedom is restricted by regulation or given special advantages. Regulations cover a variety of topics, such as restrictions on how products and services can be marketed, the rights of consumers to request refunds or replacements, the requirements for product, workplace, food, and drug safety, the reduction of negative social and environmental effects, and the degree of control a particular participant is permitted to exercise over a market.

The Oil and Gas Regulatory Authority (OGRA) was established by the Federal Government with the objective of fostering competition, defending the public interest, increasing investment in the midstream and downstream oil sectors, and managing sector pricing.

The regulatory body OGRA is in charge of keeping an eye on the prices of oil and petroleum products. Fuel costs in the nation are set using the average price provided by Platts plus PSO’s premium. Every two weeks, the oil industry’s regulator, OGRA, calculates the weighted average cost of supply. The cost build-up for the marketing companies, which includes OMC margins, inland freight equalisation, dealer commissions, petroleum development levies, and other costs are then added on top of this average.

OMCs can profit from the margin granted to them during cost build-up or by looking for sources of supply that are less expensive than the weighted average cost determined by the regulator using information from PSO and Platts.

Oil is an indispensable raw resource for vital economic activity and has unquestionable strategic significance for the nation. However, for an economy like ours that is dependent on oil, the state’s tightly regulated oil prices have both long-term and short-term negative effects.

At the same time the government is responsible for ensuring that consumers aren’t being exploited. The main argument that goes in favour of keeping the market regulated is the fact that a vast majority of the population falls below a certain income threshold. Coupling this with the fact that fuel has a very inelastic demand (demand is not particularly affected by higher prices), consumers would have to buy fuel regardless of its cost.

We’ve figured out what regulation is, looking at the other side of the spectrum, deregulation is defined as the elimination of government involvement and control over the market in order to promote market functioning. For instance, the forces of supply and demand would have to be allowed to freely determine the price.

Although the idea of deregulation may be a bold move going forward, it is not the first time the idea has been brought up. Back in 2016 deregulation of the upstream and downstream industries was a very hot topic in light of shortages in the market. At the time, however, with just 12 or so Oil Marketing Companies (OMCs), deregulation appeared to be impossible owing to the risk of cartelisation and consumer abuse.

As a pilot initiative the government did deregulate the High Octane Blending Component (HOBC), to see whether it was a feasible approach. HOBC is a relatively higher end product that is particularly consumed by people that have income to spare, making it an ideas test bed to see if deregulation can work, needless to say it had a lot of bugs as well.

Again in 2020 with a huge shortage of petroleum products in Pakistan, talks regarding deregulation of the sector to address the sector’s issues were initiated. However, despite the consideration no action was taken by the government.

OMCs claimed that the petroleum division was responsible for the shortfall because it failed to manage supply and demand effectively through timely interventions.

Whereas the ministry blamed OMCs as they were responsible for the shortages owing to their failure to have the necessary 21-day supply of inventories on hand.

The shortage was further exacerbated as stockpiled petroleum products were being hoarded by some entities. The sector pleaded  that the stock they had purchased at higher prices was causing them severe losses prompting hoarding. Which in effect is an effort to restrict the supply to jack up prices or pressurise the government.

During the same period OGRA also alleged that OMC’s were taking advantage of the deregulated High Octane Blending Component (HOBC), by charging higher prices relative to its costs. This fuel is usually sold under a different name by each OMC i.e Shell V-Power, PSO Hi-Octane, etc .

In a letter from OGRA to the managing director of Pakistan State Oil (PSO), it said that despite the deregulation of the HOBC pricing, the fuel was still being sold for more than what it was actually worth. Additionally, it stated that the HOBC pricing should be rapidly lowered to reflect its true cost in order to avoid cartelization being flagged by Pakistan’s Competition Commission (CCP).

These activities in the market by certain players do not particularly inspire confidence from the government to deregulate the market. Simultaneously if we take a look at the issues plaguing the sector the government regulations haven’t exactly been beneficial for the consumers or the companies in the sector either.

What would it mean for consumers ?

The line between keeping the market regulated or going for deregulation is very fine, the government has to consider a wide range of factors before making a decision on liberalisation of the oil market.

If the government goes ahead with deregulation it would have a negative direct impact on the consumers. If we look in the near term, the costs of petroleum will rise right away post deregulation but will fall over time as new businesses enter the market and competition increases.

The cost of inland movement borne by a refinery for the transport of crude oil from the source to the refinery is known as the Inland Freight Equalization Margin (IEFM).

Deregulating the market would mean that there would be no support from the government in the form of Inland Freight Equalisation Margin (IFEM). Consequently the price of fuel would reflect the additional costs that were previously being covered by the government to keep the prices at the same level throughout Pakistan.

Even if the government decides to move away from complete regulation, the tax charges on petroleum products can act as a moderator for the pro-market reform in favour of deregulatory measures. This would still provide the government with space to manage or manipulate pricing to a limited extent.

Deregulation can be, at least in principle, a wise move by the government if done right and will provide businesses the chance to order and store petroleum goods at reasonable prices. Along with potentially lowering prices in some areas, it will increase the number of new jobs available to the populace by encouraging foreign and domestic investment.

In opposition to deregulation in Pakistan, factors such as rising fuel prices, the hoarding of fuel, a loss of revenue for the government, as well as the political cost for the government play a huge role. These factors can have grave implications towards deregulating the sector.

Furthermore it must be noted that a very big fraction of the population does not live in urban centres, the density of petrol pumps in rural areas is well below that of cities. This effectively monopolises the fuel stations in remote areas due to the lack of competition, having this leverage in a deregulated market would allow the owners to charge exorbitant prices particularly from the poorer segment of the population.

The biggest factor that gets in the way of deregulation is perhaps the political cost. As has been proven again and again our economy is highly politicised due to which the logical and most reasonable course of action is often forgotten in favour of a more populist one. According to some experts from the industry, the biggest barrier is the political cost that would have to be borne by the rank and file of each political party representing their respective regions.

The process of deregulation is a lengthy and very time consuming process. The interests of a wide range of stakeholders has to be taken into account, particularly that of the consumers and the industry players. Favouring one over the other can have a lot of blow back for the government.

Given the current situation the world is heading towards regulating its energy sector particularly in Europe in line with the ever increasing costs. Countries like France and the United Kingdom have earmarked huge sums of money to provide relief to their people, Pakistan however cannot afford an adventure like that again.

The government must build a very thorough data based case and understand all the factors that would go into making such a move. Particularly in the case of Pakistan a vast majority of the population cannot afford expensive fuels, particularly in the rural areas. In the case of diesel which is a staple for industrial,  agricultural and other economic activities, government regulation might be necessary to keep the economy and inflation on an even keel.

If we were to summarise it all up, there are both pros and cons of regulation as well as deregulation. Emphasis should be placed on the execution of either, right now regulation through OGRA or the Ministry of Energy cannot be stated as ideal, at the same time the activities of players in the industry do not inspire confidence either. Monitoring along with swift legal actions can potentially be a cure to the ailing sector.