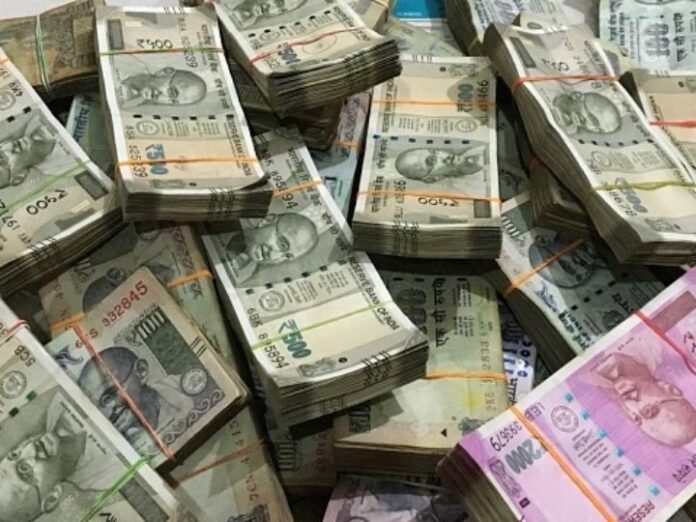 MUMBAI: India’s central bank is prepared to sell a sixth of its foreign exchange reserves to defend the rupee against a rapid depreciation after it plumbed record lows in recent weeks, a senior source aware of the central bank’s thinking told Reuters.

The rupee has lost over seven per cent of its value in 2022 and weakened past the psychological level of 80 per US dollar on Tuesday, but the source said the fall would have been far bigger if the Reserve Bank of India (RBI) had not stepped in to stem the decline.

The RBI’s currency reserves have fallen by more than $60 billion from its peak of $642.45bn in early September, in part due to valuation changes, but largely on the back of dollar selling intervention.

Despite the drawdown, the RBI’s reserves of $580bn remain the fifth largest in the world, giving the central bank confidence in its ability to prevent any sharp, jerky depreciation of the currency.

“They have shown that they will use reserves at will to prevent volatility in the rupee. They have the wherewithal and have demonstrated the willingness to use it,” the source said.

“The RBI can afford to spend even $100bn more if required to defend the rupee,” the source added.

The source said the RBI, as per its stated stance, does not try to protect the rupee or hold it at a certain level but will act to avoid any runaway depreciation in the currency.

The RBI did not immediately respond to a query seeking comment.

The rupee’s fall is in line with what is happening globally — a broad and persistent US dollar rally driven by the Federal Reserve’s aggressive monetary tightening and the resultant scramble by investors to dump riskier assets in favour of dollars.

India’s trade and current account deficits too are looking set to widen further as the Russia-Ukraine conflict has led to a spike in commodity prices, in particular oil that forms a large chunk of India’s import bill.

“No doubt a lot of the rupee decline is related to the US dollar strength and higher oil prices, but the RBI has also been behind the curve despite inflation staying above the midpoint target for nearly three years now and growth momentum still strong,” said Charu Chanana, a markets strategist at Saxo Capital Markets.

“India’s macro fundamentals remain strong and that means this trend could reverse as the dollar peaks.”

oreign investors have sold nearly $30bn worth of shares so far in 2022 while the monthly trade deficit has averaged $25bn since January, suggesting a $100bn intervention kitty to directly offset the dollar demand would barely last four months.

Worse yet to come

Most analysts and traders believe worst is yet to come for the rupee, despite the RBI’s intent to defend the currency and India’s sound macroeconomic fundamentals.

“It is very unlikely foreign portfolio investors will come back to India in a rush, given the global scenario of rate increases and quantitative tightening,” a senior trader based in Singapore said.

“We are just in the beginning of dollar liquidity absorption.”

After a series of steps by the government and the central bank, authorities hope foreign investors will come back to the market in the next month or so, but investors are still wary.

“Quantitative tightening has just started in the US, that would mean dollars go out of India. I would get into a long dollar trade. Rupee has to overshoot its fair value. We can easily go to 84-85 before the market turns,” a second trader said.