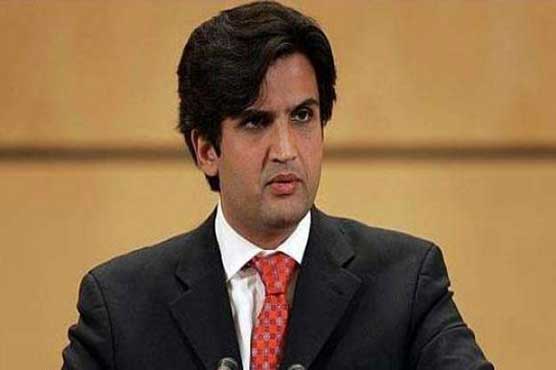 LAHORE: Federal Minister for Planning, Development and Reforms Makhdoom Khusro Bakhtiar Sunday said Pakistan was at present facing a trade deficit of $9 billion, which would reduce with the economic zones being set up under the China Pakistan Economic Corridor (CPEC) becoming operational.

The economic zones would help increase exports, which would in turn decrease the trade deficit, he said while talking to media persons here at the Press Information Department (PID) regional office.

The minister said 19 per cent reduction in the trade deficit was recorded last month because the volume of exports had jacked up and that of imports reduced.

He said China and Pakistan would also start working jointly on the agriculture sector next month.  China, he said, would provide a $1 billion grant to Pakistan in the next three years, while around 100 Chinese investors would soon visit the country to explore investment opportunities in various sectors.

Khusro Bakhtiar said Pakistan and China had signed a Memorandum of Understanding (MoU) on industrial cooperation on Dec 20, 2018.

The PTI government, he said, had decided to take CPEC into a new phase by widening its scope. Prime Minister Imran Khan’s visit to China was focused on strengthening Pakistan’s economy, he added.

He said the government was also taking effective measures to reduce the current account deficit, besides prioritising facilitation to the export-oriented industries.

The minister said initially the agriculture sector was not included in CPEC. However, the incumbent government convinced China to also extend its cooperation in the vital sector. China, he said, had a share of $7 billion in the global trade of agriculture and livestock, and $3 billion in fisheries, but Pakistan had none in the two sectors.

China would also cooperate with Pakistan in the processing of fruits and vegetables, he added.

Khusro Bakhtiar said the government was paying special attention to skills development and promotion of education, health, and irrigation in the least developed areas of the country.

Pakistan, with the cooperation of China, was working on the elimination of poverty as the latter had pulled its 700 million people out of poverty. A pilot project on the Chinese pattern would be initiated, which definitely help reduce poverty substantially, he hoped.

To a question, he said Saudi Arabia and the United Arab Emirates had shown keen interest in the establishment of an oil city in Gwadar. The government was also considering development of the western corridor and in that regard – Quetta and Zhob cities of Balochistan were being linked through an international standard road, he added.

To another question, he said the work on railway track (ML-1) between Peshawar and Karachi would be initiated soon as development projects were being completed on BOT (Build-Operate-Transfer) basis.

On the directives of prime minister, he said, CPEC projects were being executed on fast-track basis to ensure economic development in the country.

He said the Business Advisory Council was being set up. The industry would have proper representation in the council, he added.

To a query, he said Balochistan had great importance and the federal government was in contact with the provincial chief minister with regard to its development.

To another query, he said the South Punjab Secretariat would become functional by June 30.