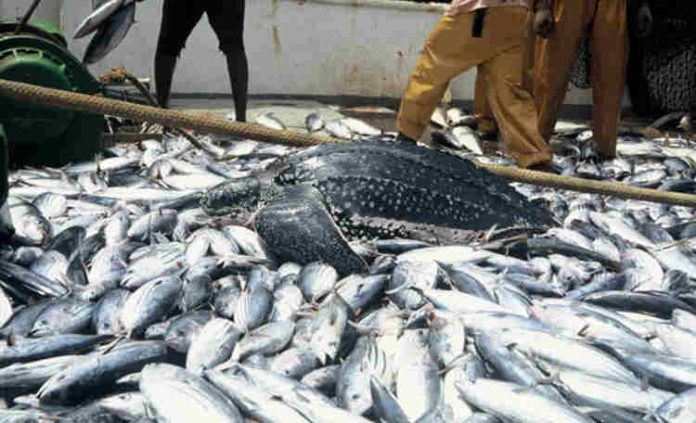 PESHAWAR: Pakistan is among one of the major developing countries in the world confronted with a major challenge of rapid increase in population, which has put almost all socio-economic sectors including health, education, economy and food services under enormous pressure in recent years.

The 6th National Population and Housing Censes 2017 results have revealed massive increase in Pakistan’s population growth with record 207.744 million people against 132.35 million in 1998, making it the sixth populous country of the world.

Experts feared possible threat of food scarcity in people especially malnutrition in children and breast feeding mothers in near future if this issue was not addressed on war footing basis in Pakistan. Taking cognizance of the potential food threat, KP Govt. has taken a lead role by launching scores of schemes and projects to contribute in national efforts in fulfillment of meat demands of the ever-growing population.

Blessed with an abundance of cold and warm water resources, Khyber Pakhtunkhwa is the most suitable province for lucrative fish farming venture especially in the newly merged tribal districts with its better climate conditions for conservation, management and breeding programs of the aquatic resource.

Having 6,100 kilometers long rivers and streams, 6,400 hectares of natural lakes and 54,600 hectares of dams and reservoirs, KP has around 1,130 acres area under fish farms and hatcheries where breeding of different types of fish species such as Trout, Silver, Grass, Rahu, Mari and crap is underway on scientific lines.

Following construction of 38 new carp and 56 trout fish farms and hatcheries during last five years of PTI Govt, the fish production has exceeded 3200 tons per annum to cover food requirements of 30.5 million people in the province, a spokesman of KP Fisheries Department told APP.

In addition to provision of 834,800 fish stocking of fry and finger lings (small fish) to farmers during the first 100 days of incumbent KP government, the Fisheries Department has succeeded in replenishment of 40,000 fish seeds from government hatcheries in public water bodies.As many as 17 model fish farms have been set in different districts mostly in Hazara and Malakand divisions. Trout villages in Malakand and Hazara divisions would be setup due to their better climate conditions and abundance of water resources for trout and endangered masher fish.

Mah Sher, which as national specie of Pakistan, has endangered due to water pollution, habitat loss and illegal fishing in rivers Swat, Punjkora, Indus, Siran and Kunhar and government’s initiative for establishment of masher hatchery at Thana Malakand for its artificially breeding program has helped increased its population, the spokesman said.

Government will setup a model hatchery in Swabi from where fish seeds stock would be provided to people beside helping fish replenishment and stocking in Tarbela and Khanpur dams. Under agriculture policy 2018-25, the department focused on building capacity of agriculture, livestock and fish farmers to explore new market avenues for trade enhancement and fetching better market prices.

Existing fish farms and hatcheries would be rehabilitated with an estimated cost of Rs 100 million besides construction of 500 trout and carp farms in all tribal districts for promotion of fishing productivity and imparting training to farmers.

The government will launch a mega scheme for development of cold chain and fish storage centers through public private partnership with an estimated cost of Rs 500 million for sustainable conservation of the aquatic resource.

The government will rehabilitate and improve fisheries facilities in tribal districts with an estimated cost of Rs 20 million besides establishment of training center in Mohmand district with estimated allocation of Rs 20 million.

When asked about three new projects in ADP 2018-19, he said PC-I of development of trout fishing farming in tribal districts costing Rs 40 million has been completed whereas PC-I for repair and rehabilitation of fish farming facilities costing Rs 50 million and establishment of hatchery and training center at Mohmand tribal district costing Rs 60 million is in final stage of completion.

The spokesman said climate of Tirah valley at Khyber district near Pak-Afghan border is very ideal for trout farming and efforts were underway for acquiring of land for establishment of state-of the art trout hatchery.

Fishing stocking in tribal districts’ dams would be made from where fish nurseries would be supplied to farmers on affordable prices.

Priorities will be given on increasing fish production through replenishment of fish resources in natural water bodies with quality breeds, aquatic research and conservation programme disease control, genetic, nutrition and co-operative fishing during next three years in the province.

Focus would be made on improvement of coordination and liaison with academia for fisheries research and development, introduction of new and fast growing varieties of fish species and introduction of cage fish culture.

He said an inclusive plan has been evolved for determination of fish biodiversity, establishment fish markets linkages and research wing in Fisheries Department KP.

The official urged farmers and unemployed people to take full advantage of the facilities and incentives provided by the government and assured technical support in establishment of hatcheries and model fish farms to alleviate poverty and unemployment especially in erstwhile FATA.