Mohmand Dam to be constructed at a cost of Rs291bn 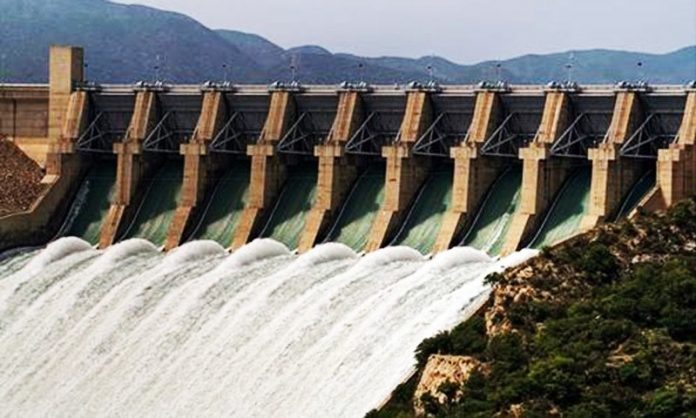 ISLAMABAD: The cost of constructing Mohmand Dam has been estimated to be Rs291 billion and it would take around five years to complete, official sources told APP.

They said that Water and Power Development Authority (WAPDA) would provide 67 per cent fund for the project while remaining 37 per cent would be provided by the government. The multi-purpose dam will be ready before the flood season of 2024 as work is in full swing.

The local people had already transferred land for the project and it would help mitigate flooding in the area forever and also generate 800MW cheap hydel electricity.

Sources said that the contract for civil and electro-mechanical works of Mohmand Dam Project had already been awarded to a joint venture comprising the China Gezhouba Group of Companies (CGGC) of China and DESCON of Pakistan.

They also said that the dam would go a long way in stabilizing the national economy besides alleviating poverty and ushering in an era of development in the project area.

Mohmand Dam Hydropower Project is historic and unique in nature being constructed on Swat River in tribal district Mohmand in Khyber Pakhtunkhwa. On completion, the project will store about 1.2 million acre feet (MAF) of water, generate 800 megawatt (MW) of low-cost hydel electricity and help mitigate floods in Peshawar, Charsadda and Nowshera.