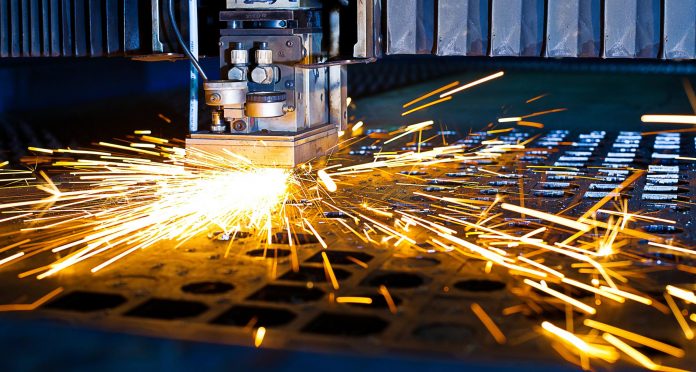 ISLAMABAD: Large Scale Manufacturing (LSM) in Pakistan grew by 14.5 per cent in November 2020 as compared to the same month in 2019, data released by Pakistan Bureau of Statistics (PBS) on Tuesday showed.

Once the industries reopened after the lockdown due to the outbreak of Covid-19, they started showing significant growth. According to the PBS data, considerable growth was recorded in the Food, Beverages & Tobacco sector at 21.28 per cent. The textile sector showed a growth of 2.4 per cent, Non Metallic Mineral Products recorded a 20 per cent jump and pharmaceuticals registered an increase of 12 per cent during July-November 2020 as compared to the same period in 2019.

On the other hand, a major decline recorded during the five months period was for the Wood Products sector, with a drop of 65 per cent. The Leather sector was the next to register a 43 per cent decline.

Furthermore, the Iron & Steel Products, Electronics and Engineering Products declined by 3.6 per cent, 18 per cent and 32 per cent, respectively.

In November 2020, the items under the Ministry of Industries had recorded the major growth of 12.36 per cent to contribute overall monthly growth of 14.46 per cent as compared to the same month in 2019.

He claimed that the growth in November was the highest growth in big industries in any month during the past 12 months.

Separately, the Federal Minister for Industries and Production Hammad Azhar also shared the data of the LSM growth on Twitter, saying that the it has shown a growth of more than 14 per cent in November 2020.

Hammad Azar said that Pakistan is successfully reversing the tide of deindustrialization that began in 2008.

The minister said that capacity enhancements, new investments, and modernizations are already in play.