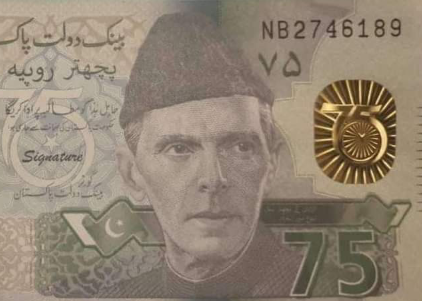 “Earlier reports claiming that the State Bank is about to issue a new commemorative Rs75 note to mark the country’s 75th anniversary of independence have been denied by the central bank.”

#SBP clarifies that the design circulating on various social media platforms regarding commemorative banknote to be issued on the 75th independence day of Pakistan is Fake. pic.twitter.com/kI38Xs0RTN