Ahmed Munaf, a self proclaimed activist investor, has made the Lakson Group turn its head and pay attention to its packaging business 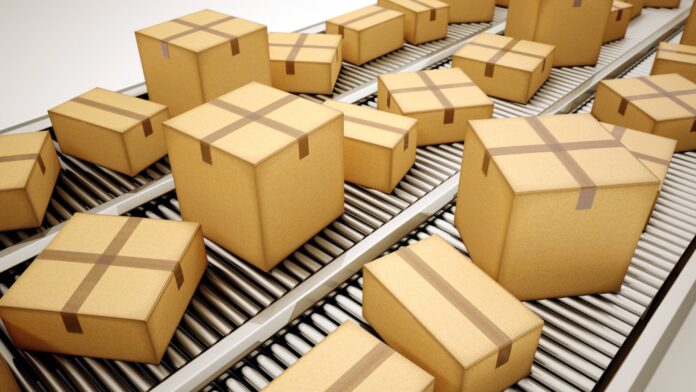 In October 2020 Merit Packaging was suffering, and nobody seemed to care. Well, nobody that actually mattered and could do something about it seemed to care to be more exact. You see Merit is a packaging and printing company based in Karachi and a subsidiary of the Lakson Group. Why is that a problem?

Well, the Lakson Group is huge. Its total assets exceed $1 billion (Rs 153 billion), and as an employer they have more than 17,000 people. Of those numbers Merit contributes 264 employees and has a Rs 3 billion capital. And despite Merit being in the doldrums, Lakson has been doing great, which means it is very easy for Merit’s underwhelming performance to slip through the cracks. If the executives at Lakson are getting their profits overall, a small subsidiary like Merit Packaging does not warrant a big shake up.

And while dealing with the problems at Merit might be an inconvenience for their parent group, Merit Packaging does have shareholders, and those shareholders were not happy at the company’s performance. So in October 2020, a group of minority shareholders wrote to Lakson to tell them they were not happy with how the Merit Packaging was being run. Usually, this kind of letter gets thrown in the bin. To Lakson’s credit, however, they responded and responded with action and not just words.

Since then Merit Packaging has turned a new corner. It has gotten a new CEO, and it has stopped selling products for less than what it cost to make them, a policy that had resulted in them making a gross loss over the years, not just a net loss. It is heartening to see minority shareholders raise their voices and be heard, because even though Merit Packaging might not be a priority for the Lakson group, it is one for the people that have invested in it. This is the story of how activist investors and a business group willing to listen came together to shake up and save a packaging company.

The role of the minority

Generally, minority shareholders have very little say in how a company is run. That is to say, they usually have none at all. They do have a right to show up and vote, but if one party holds the majority of shares, it really does not matter. This was the same story at Merit Packaging.

The Lakson group had a majority of the shares, and did not really do much to improve the place and let it run on its own inertia. It was filled with a CEO that did not know the business very well, there was a surprising lack of middle management, and it was essentially a retirement career for old brass employees playing by the same old rules. So in October 2020, sick of the continued lack of attention the company was being given, Ahme Munaf wrote a letter.

He got other minority shareholders and pushed forward a resolution in October 2020 demanding the company explain itself and its performance. Following the EOGM, Munaf and a proxy of 17% shareholders were able to not only get the sponsor interested but also managed to get the CEO changed.

Amir Chapra, a veteran in the packaging industry was brought on as CEO to help revive Merit. More so, Lakson provided interest free debt to Merit Packaging to give it a lifeline. That is what Munaf and co managed to do. One would expect that now that the group has managed to change the CEO, get the sponsor to be interested in the operations of the business, and get the company to consider some of their suggestions, they would be content. However, the recent notice to the PSX suggests far from it.

In a recent announcement to the PSX, Merit Packaging has notified that there is to be an EOGM on May 4, 2021. Nine people have applied to be elected as Directors of the company for the next three years. However, there is only room for seven directors on the board. That means there is going to be an election and Iqbal Ali Lakhani, Amin Mohammad Lakhani, Anushka Lakhani, Aftab Ahmad, Farrukh Shauket Ansari, Wasim Akram, Ahmed Munaf, Mohammed Raziuddin Monem, and Ali Asrar Hossan Aga are to contest.

So who is Ahmad Munaf? He is a businessman that has been in the textile business for more than 15 years, but he is also deeply inspired by Carl Icahan, the American businessman famous for developing the concept of the modern corporate raid. Munaf refers to himself as an activist investor. He was simply a shareholder in Merit Packaging, and while he did not reveal how many shares he has in the company, he was given 17% of the shares through proxy when writing his letters. Now, credit must be given to Lakson for actually taking up the letter and acting on it, but it was Munaf that managed to galvanize other minority shareholders to effect this change.

Not in it for a takeover

That question can never be answered with immense confidence unless one actually sees it happening. When asked if a takeover is his intention, Munaf suggested otherwise. He said, “Hostile takeover is too strong a word. What we’re trying to do is different.” That begs the question, what is it that he is trying to do by contesting if it isn’t a hostile takeover?

“The company was losing a lot of money over the past few years. A group of investors saw there was an opportunity to push the management and the sponsors into improving the company. The company as you know has been making perpetual losses. We are fighting for minority investors,” Munaf explains.

When asked about the strength in numbers, he tactfully evaded the question, saying “we own a substantial part of the company and do not want to disclose the shareholding percentage to spoil what we want to do. However, in October we held a proxy of 17% of shareholding to force the management for special agenda items.”

For someone that calls himself an activist investor and idealizes Carl Icahn, one can’t help but be cautious of his intentions. For some background, Ahmed Munaf Lodhikawala is the proprietor of M-Tex, which indents Polyester yarn, and is the sole agent for the Polyester yarn in the Pakistan market for Hangzhou Zhongli / Zhongcai China yarn. He has more than 15 years of experience in leading businesses.

However, Munaf says that there are no grievances. “We do not intend to have any fight with sponsors. Lakson Group is fantastic. However, prior to the time we expressed our grievances, Lakson Group wasn’t as involved with Merit Packaging. The group has now become active which can also be seen by the fact that the sponsor has given interest free debt to revive the company. They weren’t really interested but are now really looking into the business. The biggest change is the CEO. Many managers have been changed too”

Munaf also agrees. He says, “In Pakistan we’ve noticed that a number of good sponsors also have some companies that are not run as well. We cannot judge intentions, but maybe this is because these groups have a number of companies. Merit Packaging and companies of the sort may seem like babies or smaller concerns for them.”

Based on what Profit was able to gather, Munaf no longer resents the company or the sponsors. In fact it is quite the opposite based on his statements. Then why is he contesting despite having his voice heard and a new CEO appointed?

His answer was simple, to address the need of being heard. “The reason I am contesting is so there is independent thinking that can help the management improve the performance of the company but more importantly to restore the pride of minority shareholders. The minority shareholders have chosen me to represent them so that I can speak on their behalf. As a director, I would be in board meetings to listen and suggest changes and improvements.”

But it doesn’t stop here. Munaf is set on a path to become a messiah for minority shareholders. He plans on re-doing this whole exercise with other companies. “Over the next few weeks we will also be coming for other companies which have not been run well. Perhaps, this is the most I can share with you at this moment and will in due course inform you once we commit to another action.”

The plan is simple, identify companies with potential but bad management, wake their sponsors up, mobilize shareholders, and push the company to do better. He adds, “Our pockets are deep and we will not stop at only proposing changes but we will do the following from a position of strength.”

Is there a probability of a hostile takeover?

As of 31 March 2021, directors, sponsors, and senior management officers and their associates hold 147,899 shares or 0.18%. Approximately 57.4% is held by associated companies. The rest is free float, i.e. almost 43%. This is mentioned on the company website. However, on 24 April 2021, the PSX website states that the free float is approximately 45%.

As far as performance on the PSX is concerned, volumes have been picking up and so has the share price. In the past one year, the lowest share price has been Rs 7.79 whereas Rs 17.73 has been the highest. Lately it is trading at approximately Rs 16, having gained from Rs 13.16 on April 1, 2021.

While this may just be business as usual, considering the upcoming EOGM, it could be interesting to see what goes down during the elections and who wins.

Well for starters, in the past Merit Packaging operated in a way that is averse to normal logic. What this means is that the company used to sell its products at a price that was lower than the cost of goods sold. That makes no sense and is a point where businesses question whether they are to produce and sell at all. The CEO claims that the gross profit at the very least will become profitable in the next quarter.

The management is now hiring middle management for HR, production, maintenance, and marketing – something they lacked on. Plans of capital expenditure of around Rs 500-700 million are under consideration which could be footed by the market or sponsors. Moreover, the business is also considering operating in one location, i.e. Karachi. It would be an understatement to say that things have shaken up at Merit Packaging. The question is, will they think out of the box and manage to end up in the green and keep minority shareholders happy?