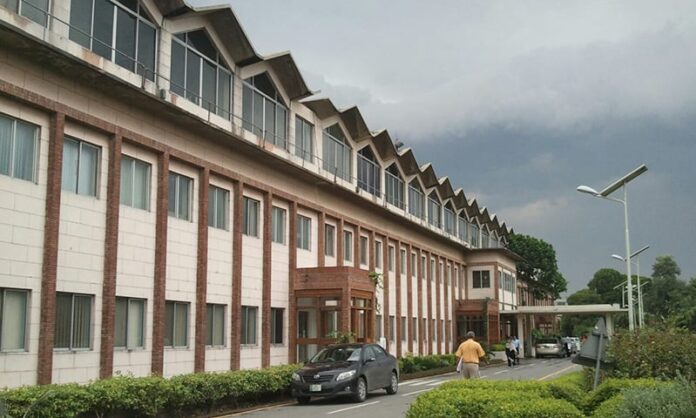 In 2019, the Board of Directors & Shareholders of Packages Limited approved internal restructuring of the Company. This means transfer of the manufacturing business to a newly formed wholly owned subsidiary called Packages Convertors Limited (PCL). Following approval from the SECP in January 2020, PCL is in the business of manufacturing folding cartons, flexible packaging, consumer products, and mechanical fabrication and roll covers.

This, to put it mildly, is a big deal. Packages is one one of the most iconic and recognisable companies in Pakistan, and has been at the forefront of innovation and leading business in the country ever since it started operation in 1956. Founded by Syed Babar Ali, one of the sons of legendary colonial era Lahori merchant Syed Maratib Ali, the multinational packaging company based in Lahore began as a joint venture between the Wazir Ali Group, and tw Sweedish companies named Akerlund, and Rausing.

The group now owns a number of companies that include the Coca Cola Bottling plant in Lahore, Packages Mall, Milkpak, IGI General Insurance, Treet Corporation, Tullo Cooking Oil, amongst many more. Along with the Aga Khan, Syed Babar Ali is considered one of the most trustworthy men to invest within the country, and a respected titan of industry.

And while Packages is now a massive organization it has gone through a major change in the previous year. As a result of this, Packages now operates as a holding company. This means that the performance of Packages Limited is dependent on the functioning of its subsidiaries, Packages Convertors, Bulleh Shah Packaging (Private) limited, DIC Pakistan Limited, and Packages Real Estate (Private) Limited.  Out of all the subsidiaries, Bulleh Shah Packaging has the highest net sales.

In addition to subsidiaries, Packages Limited has investment in equity instruments of associates which include IGI Holdings and Tri-Pack Films Limited. In addition, the company has investment in equity instruments of joint ventures which include Plastic Extrusions Limited in South Africa and OmyaPack Private Limited in Pakistan. The investment is cumulatively equivalent to Rs 6,991,707,000 as of December 31, 2019.

The shift to IGI Holdings has also been recent, when in 2016 IGI Insurance announced that it would be renaming itself IGI Holdings and consolidating the IGI Group’s insurance and financial services companies under a single umbrella. And as a Profit story pointed out back in 2019, It is practically an axiom in the world of corporate strategy: if you consolidate several separate businesses under a single holding company, you are in the market to buy something, usually something big.

Covid-19, however, had an impact on Packages Limited’s unconsolidated performance with net sales decreasing by 44% in 2020 compared to 2019. Most of this can be traced back to the massive decrease in local sales. Despite that, Packages Limited was able to increase in profit for the year by bringing down other expenses by 87%. Moreover, finance cost also decreased by 26% due to the fall in policy rates. As a resulted, the diluted earnings per share for the company managed to double from Rs 14.79 in 2019 to Rs 30.48 in 2020.

In the case of consolidated results, the business managed to maintain its revenue whilst also showing an approximate 16x growth in Profit for the year and 2.5x growth in profit before tax. As a result of the company’s performance, it has announced a 225% dividend, meaning Rs 22.50 per ordinary share to its shareholders compared to Rs 12 per ordinary share announced in 2019.