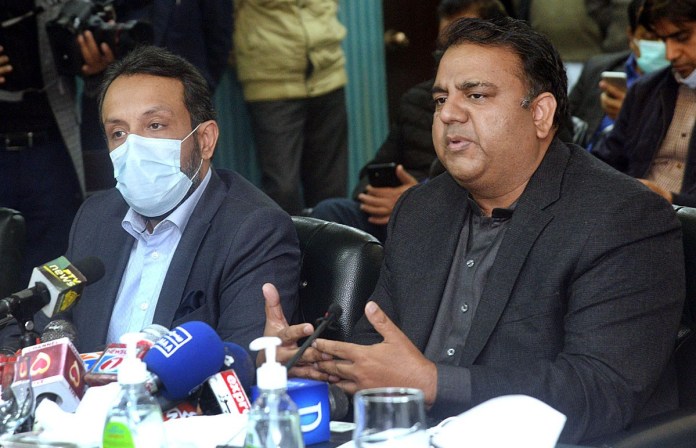 LAHORE: Federal Minister for Science and Technology Chaudhry Fawad Hussain has said that farms for cannabis production are being established in Jhelum, Peshawar, Chakwal and Islamabad, highlighting that cannabis was an alternative to cotton and its production would immensely benefit Pakistan’s economy.

Addressing the inaugural ceremony of the Lahore Chamber of Commerce and Industry (LCCI) app for apple IOS and its upgraded website on Saturday, Chaudhry said that the government was taking several measures to strengthen the national economy.

It may be mentioned here that the federal cabinet had approved the first license for the Ministry of Science and Technology and the Pakistan Council of Scientific and Industrial Research (PCSIR) for industrial and medical use of hemp, which the government says could result in a $1 billion market for Pakistan.

Per acre, hemp can produce crops three times the size of cotton, having a faster growing-time averaging at 90 to 100 days as compared to 150 to 180 days for cotton.

Fabrics produced from the hemp fibres tend to be more durable, stronger, and maintain their form in the stretching process whereas, in its textile form, hemp blends with other fibres and is used for various applications in construction, paper, oils, paints, adhesives, plastics, and cooking.

It is pertinent to mention here that the government has also claimed to be working on introducing high-tech farms focusing on non-traditional agriculture including the production of exotic vegetables such as avocadoes, asparagus, cherry tomatoes, etc.

The federal minister also said that the government is making thorough efforts to revive the manufacturing industry of the country, noting that keeping up with technology was of paramount importance. “It is important to keep an eye on technological advancements besides observing which businesses have a good scope in the market and which are getting obsolete”.

He was of the view that 5G technology would bring about a massive revolution and the country needed stable internet to benefit from technological advancements.

The minister remarked that Pakistan had one of the most lucrative automobile policies for electric vehicles.

“In the next three years, electric vehicles will enjoy a significant market share in the main cities of Pakistan and they will definitely help reduce environmental pollution,” he hoped.

He announced that a leading global company would soon establish a manufacturing plant for dialysis equipment in Pakistan.

He lamented that in the past, power generation plants were set up without prior planning and as a result, the government was paying half the price of electricity even after the hike in power tariff.