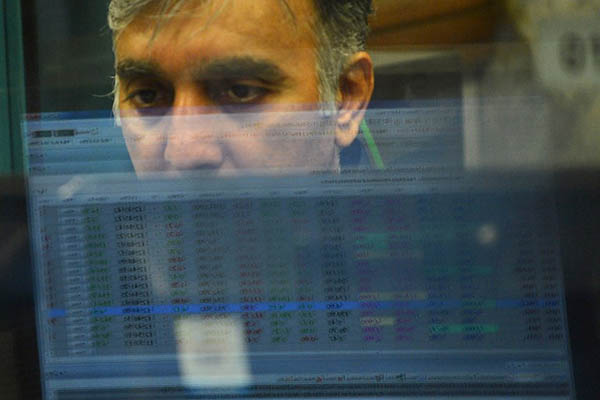 LAHORE: Fitch Ratings has sounded the alarm for five Asian nations including whose credit ratings are expected to be impacted due to a potential decline in foreign currency as remittances fall and offset gains from lower oil prices in the second half of 2020.

Declining remittances in economies that are dependent on them may affect sovereign ratings through pressures on external finances and economic growth, the report states, adding that the receipt of record high remittances by Pakistan consecutively in June and July was due to temporary factors.

In its special report titled ‘APAC remittances and the coronavirus shock’, the global credit rating agency said that High debt-to-GDP ratios in Pakistan constrain the ability to respond to possible rising social-spending needs.

The receipts are set to drop due to a squeeze on income and loss of jobs by the expatriates abroad in the wake of Covid-19 pandemic and an international oil pricing crisis, particularly in the Gulf countries from where Islamabad attracts more than half of the total remittances every month, it said.

It estimated, on an average, 12pc drop in annual remittances for the five nations, including Pakistan, Bangladesh, Sri Lanka, India and Philippines compared to 20pc anticipated by the World Bank and Asian Development Bank (ADB).

“Remittances should improve beginning in 2021, but the recovery is likely to be gradual,” Fitch stated.

Pakistan is among the nations that rely on remittances, as the inflows stand at 7.9pc of its gross domestic product (GDP). The potential drop in the flows would keep Islamabad fiscal and current account deficits (the gap between the government higher foreign expenditures and low income) on the higher side and may impact its collection of revenue in taxes as well.

The rating agency, however, also foresaw a moderate drop in the need for foreign currencies in the backdrop of contraction in imports and low international oil prices.

According to the ADB, Fitch said, about 4pc of households in Pakistan receive remittance income. The Gulf region is an important source of remittance flows, particularly for countries in South Asia. “The region accounts for roughly half of remittance inflows in Bangladesh (58%), Pakistan (54%), Sri Lanka (45%) and India (51%),” it said.

“For countries with fragile external finances, such as Pakistan and Sri Lanka, the expected shock to remittances could exacerbate existing challenges,” it said.

Pakistan has reduced its current account deficit, from a high of 6.1pc of GDP in the fiscal year ending June 2018 (FY18) to 1.1pc in FY20. It has also modestly rebuilt foreign-exchange reserves, in large part from a shift to a more market-determined exchange rate.

Fitch forecasts the deficit to widen to 1.7pc of GDP in FY21, in part as remittances fall and offset gains from lower oil prices. Financing from the IMF through an ongoing $6 billion programme and $1.4 billion Rapid Financing Instrument (RFI) facility, along with other multilateral and bilateral support and participation in the G-20s Debt Service Suspension Initiative, are a buffer against the fall in remittances, it said.

“Lower remittances, along with a decline in tourism and weaker exports, are forecast to widen the current account deficit to 3.5pc of GDP this year – despite some relief from lower oil prices – from 2.2pc in 2019.”

Remittance flows in the APAC (Asia-Pacific) region were mixed in the second quarter of 2020. Monthly data showed a considerable and broad decline in remittances during April and May, but a recovery in June and July. The rebound inflows were particularly robust in Pakistan and Bangladesh, where flows broke records in both June and July, it said.

“Anecdotal evidence points to temporary factors for the increase in recorded remittances in the recent period. These include migrant workers transferring their full savings in preparation to return home, the impact of lockdown restrictions on transferring funds and a shift to formal remittance channels,” it said.

Quarterly aggregates can provide a clearer indication of recent trends, as they are less affected by the monthly volatility caused by lockdown measures during much of 2020. However, there is a general trend of a deceleration in remittance growth, but with considerable differences in performance.

While Pakistan experienced growth, Bangladesh faced a slight decline and both the Philippines and Sri Lanka saw sharp contractions.