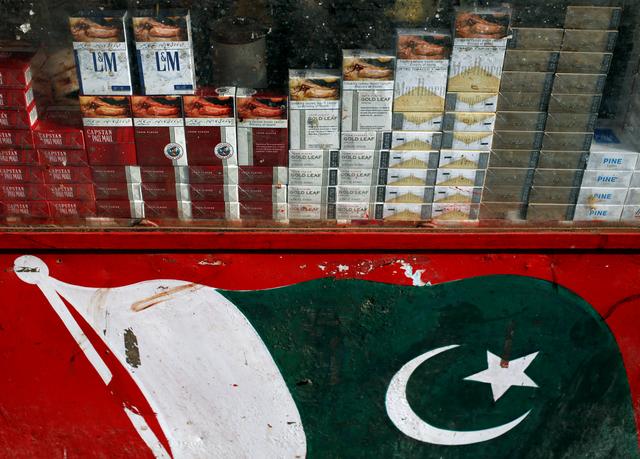 A study on tobacco consumption in Pakistan has revealed that households with the usage of tobacco products spend around three per cent of their monthly income for this purpose whereas low-income households spend more as compared to high income households.

According to a study ‘The Impact of Tobacco Use on Household Consumption in Pakistan’ by the Social Policy and Development Center (SPDC) has evaluated the growing tobacco industry, tobacco consumption by poor and middle-class households is linked with the excessive use of cheap and illicit cigarettes.

In the presence of non-duty paid cheap cigarettes in Pakistan, the poor are spending more money on tobacco in the country.

The findings of this study highlight the importance of tobacco control policies in Pakistan to reduce tobacco consumption and free up household resources for food and education.

Moreover, given the tobacco-poverty link, the study also recommends that tobacco control measures be integrated into poverty-reduction policies and programmes.

The situation is worsened when a household income is negatively impacted by heavy spending on non-essential items while the national economy also suffers due to tax evasion. Weak implementation of commercial regulations has led to the illicit trade in many products and commodities.

It shows how the monthly expenses of families are being affected by cigarette consumption.

The study also estimated that tobacco is consumed in about 45 percent of Pakistani households.

A “tobacco-user household” is defined as any household with at least one adult who smokes.

This category of households spends an average of three per cent of their monthly expenditures on tobacco.

Further, poor households are more likely to have people who smoke than the rich households, they end up spending more of their monthly budgets on cigarettes which eventually impact their quality of life.

Since tobacco consumption tends to increase the medical expenditures of the smokers, the amount available for a poor family’s education and leisure is also reduced. Experts pointed out that the availability of smuggled brands of cigarettes sold at cheaper rates in the market increases consumption of tobacco especially in the low-income households and deprived areas.

Although the government has enforced a minimum price of Rs63 a pack, yet illicit cigarette brands are being sold for Rs25 and Rs30 a pack.

Every year, the government increases tax on cigarettes in an attempt to discourage smoking.

However, the presence of illicit brands has wasted all such efforts, while it leads to an increase in the families’ expenditure and the healthcare costs of the government.

The illicit tobacco traders and cigarette producers hold about 40 per cent of the tobacco market share in Pakistan.

This is not only affecting the expenses of the families, but their tax-evasion is also causing a huge loss of Rs44 billion annually to the national exchequer.

The local illicit brands pay only two per cent of the current revenues received from the tobacco industry while illicit cigarette producers also offer instant prizes to low-income consumers to attract them towards buying unregistered brands.