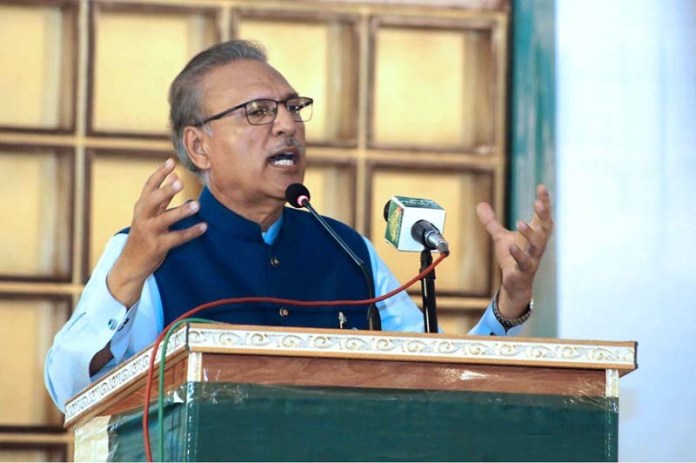 ISLAMABAD: President Dr Arif Alvi said on Thursday that the use of information technology has given the banking sector a new dimension, but it also requires an appropriate system to cope with complaints of the consumers.

Addressing a seminar organised by the banking ombudsman, the president urged the banks to adopt such a pattern that cold effectively address the grievances of consumers in case of disputes.

President Alvi said that procedural transparency in the banking sector is important to keep a control on financial exploitation of consumers, noting that banking ombudsman is playing an important role in mediating between two parties, i.e. banks and consumers, to arrive at an amicable and acceptable solution.

He stressed the need to create awareness among the consumers about the role of banking ombudsman.

The president termed ‘Riba’ another form of exploitation and emphasized on finding solutions through proactive planning and improved linkages between financial service providers and consumers.

He said the increase in the number of complaints received by the banking ombudsman is the trust reposed by consumers in the institution.

President Alvi recalled that as a parliamentarian, he worked on alternate dispute resolution as a means to discourage litigation among parties. Such a method is a worldwide trusted way to resolve disputes in order to avoid difficulties related to gathering of legal proofs.

He stressed the need for ensuring dispensation of speedy justice by the relevant departments of the ombudsman. He gave reference to an appeal received from a widow through the federal ombudsman on a pending matter since 2006, where he directed for compensation of money along with interest of previous years as well.

He urged the workers of banking ombudsman to fulfill their duties considering it a noble job of public welfare. He called upon the banking sector to adopt an inclusive approach towards women and disabled persons in providing employment opportunities.

The seminar was attended by members of banking and corporate sectors, and financial experts.